Even though South Georgia is hardly larger than a pinprick on a world map and is one of the world's least visited territories, it is a rare jewel in the middle of the turbulent South Atlantic Ocean. Those who venture to South Georgia (usually as part of a cruise to Antarctica) will be rewarded with breathtaking peaks, beautiful beaches teeming with king penguins and fur seals, and historical excursions retracing Shackleton's path.

Antarctic cruise itineraries that include South Georgia are longer than those which only visit the Antarctic Peninsula, usually taking around 20-23 days rather than the 11-14 day Antarctic Peninsula itineraries. South Georgia is incredibly remote, and so it does take longer to get there, but of course the rewards for venturing to this incredible island mean that for many of our clients it's a most treasured highlight of the whole trip.

South Georgia has been dubbed an "Antarctic oasis" and "the Galapagos of the Poles" due to the large number of avian and marine mammalian species that use the island as a breeding ground. Even more astonishing is the richness of its marine ecology, which can be used as a model for other regions. Seabirds, land birds, and marine animals all make their homes in South Georgia, despite its location in the middle of the turbulent Southern Ocean. The area is home to numerous penguin species, including the chinstrap, Gentoo, and macaroni, as well as the world's second-largest penguin, the king penguin.

South Georgia Island is famous for its massive king penguin population, which numbers over 7 million pairs. Hundreds of thousands of these penguins, easily recognisable by their bright yellow head markings, gather each year on this island to breed. Besides King Penguins, you will also find thousands of Macaroni and Gentoo penguins on South Georgia. 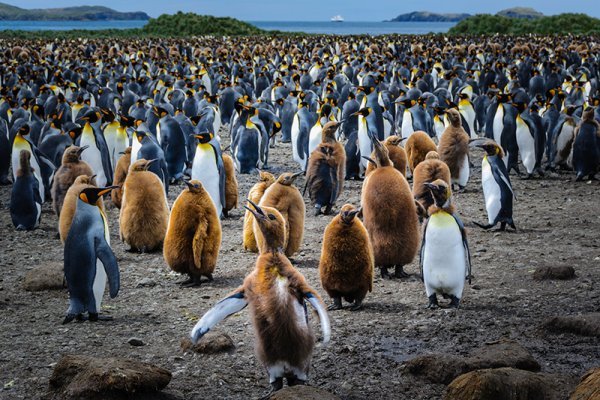 > Read more: Penguins of the World & Where to Find Them

As a dominant presence on many of South Georgia's beaches, the seal population is impossible to ignore.

Southern fur seals number in the millions, and every summer around 95 percent of the world's population gathers on South Georgia. Even though sealers nearly exterminated the fur seal population, it has since rebounded strongly. In December, during peak breeding season, they can be found in such large numbers that it can be difficult, if not impossible, to go ashore.

South Georgia is also the breeding ground for more than 1 million southern elephant seals — that's half of the global population! Male elephant seals are huge, growing to be over 6 metres (nearly 20ft) in length and weighing up to 4,000 kilos (nearly 9,000lbs), so the males defending their harem during the November mating season can be quite an an intimidating sight. 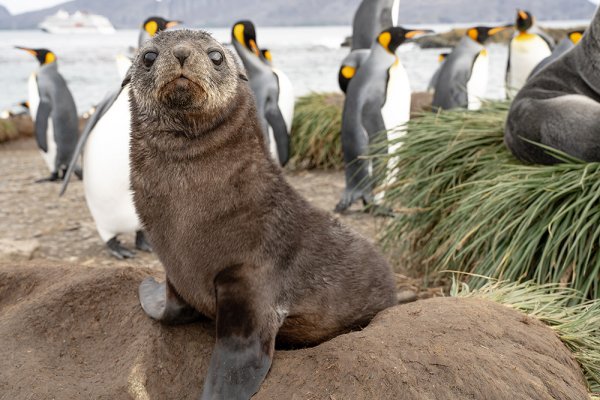 You can find Shackleton’s grave on South Georgia

Sir Ernest Shackleton prepared for his Imperial Trans-Antarctic Expedition in South Georgia in 1914. When his ship was caught in pack ice on the Antarctic Peninsula, his crew retreated to Elephant Island. As winter neared, Shackleton took an open boat, the James Caird, and went to South Georgia with his toughest men. He made the 1300km journey in 16 days, hiked across the island in winter, and arrived safely in Stromness. He didn't stay long, as he joined a rescue mission for his remaining crew on Elephant Island. He tried three more times with different ships before finally reaching the island. Incredibly, no one died in the heroic rescue.

When Sir Ernest Shackleton later passed away, his wife requested that he be buried at Grytviken. For anyone interested in Antarctic history, this is a very special place to visit. 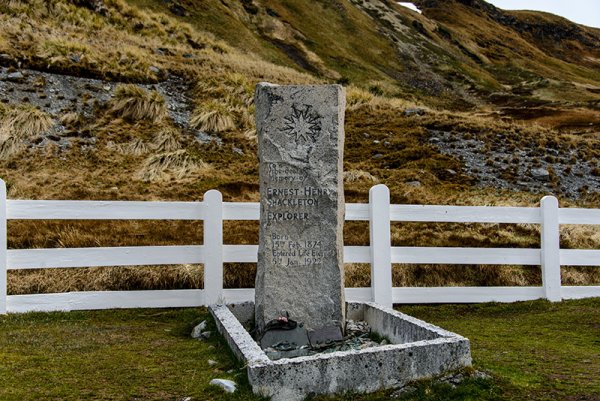 Arriving in South Georgia will make you feel like the first human to set foot on the planet, with snow-capped mountains towering from the ocean, soaring peaks unspoiled by humans, over a hundred old glaciers softly hydrating the planet, and magnificent icescapes stretching for days. Visiting the end of Drygalski Fjord, where the aquamarine-colored Risting Glacier calves, should be on your itinerary if you plan to spend any amount of time in South Georgia. 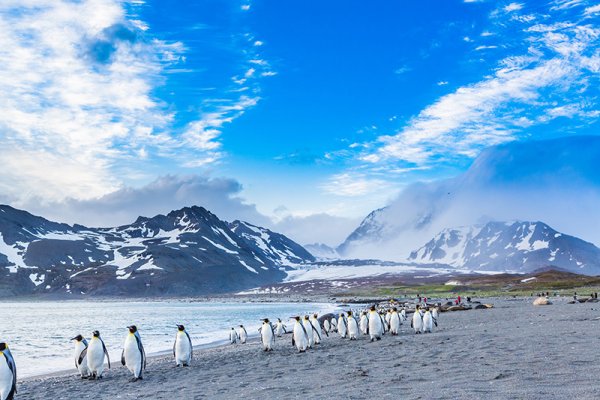 It is one of the most remote places on Earth

Located in the Southern Ocean, more than 1,200 miles east of the Argentine coast, South Georgia Island serves as a midway point between the Antarctic mainland and the southern tip of South America. Located just above the Antarctic Circle, it is a British Overseas Territory. Although South Georgia is not actually part of Antarctica, it is often considered to be part of the Antarctica destination itinerary because so many expeditions stop there on route to Antarctica.

The Falkland Islands are South Georgia's closest neighbours, although they're still more than a thousand miles distant. There is no airport or landing strip on South Georgia Island, making it one of the world's most remote destinations.

Due to its distant location and lack of infrastructure, no permanent residents reside in South Georgia. Approximately thirty individuals reside on the island at any given time, with the majority performing scientific research. In the summer, the number increases to approximately forty when more study is conducted. Outside of research, a small number of individuals work at the only museum on the island, and a British government officer rotates through the museum every few years to do official business.

> Read more: Travel to South Georgia & The Falklands: How & When To Go 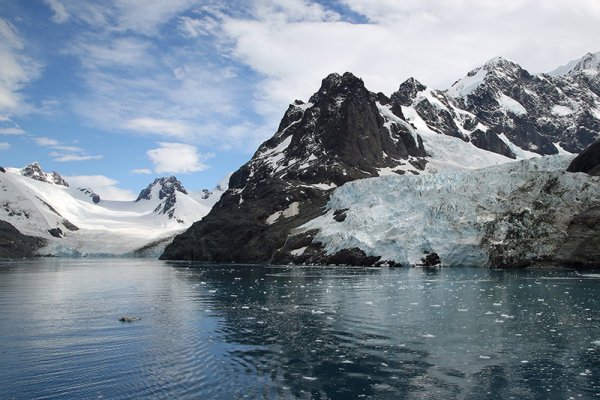 Do you want more info about our Antarctica itineraries and South Georgia cruises? There are numerous options available, so please don't hesitate to contact our Destination Specialists to chat about which cruise is right for you.