Penguins of the World and Where to Find Them

Did you know there are 17 - 19 species of penguins in the world?

These comical creatures are so curious to watch, whether it is waddling along the beach, going about their daily business, or darting through the water chasing the fish, krill or squid they live off.

I have fallen in love with these aquatic flightless birds, and hope one day to have been able to see all species in the wild (I have been lucky to see 9 species so far!!). I think many of you will be able to relate to this…so let take a closer look at the penguins of the world and where to find them.

They all live in the Southern Hemisphere, except for the Galapagos penguin, which can be found all the way up at the equator!

Note: Some of the images in this blog are from NZ Birds Online and penguins international

These wee fellows are the smallest, usually reaching a height of only 33cm! The feathers tend to have a blue- grey colour, hence the name.

Where to find them: Australia and New Zealand, try Stewart Island. 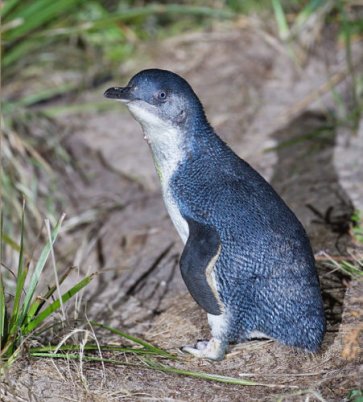 These are the “quietest” penguin of the lot! And the only penguin that crosses the equator line.

Where to find them: They live in the Galapagos Islands of Ecuador, some of which are in the Northern Hemisphere, and others in the Southern. It is fun to spot them in this unexpected environment.

They are unfortunately on the endangered species list, so you might like to support them. Galapagos Islands are a National Park and a fee is paid when you take a cruise. 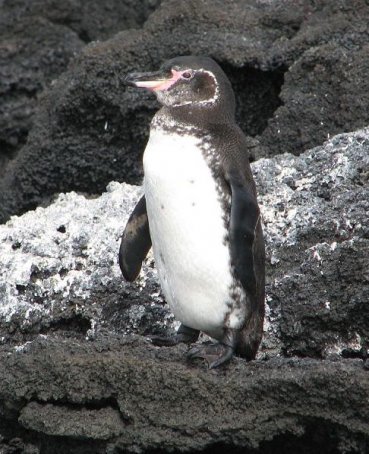 Also know as the jackass penguin (from the sound they make!) Part of the banded group of penguins due to the band like markings.

Where to find them: Namibia, South Africa 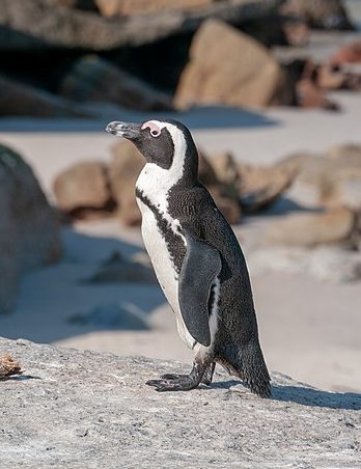 The Magellanic Penguin is named after the Portuguese explorer Ferdinand Magellan who first reported seeing them in South America in 1520. They dig burrows in the dirt up to 1 meter deep to make their nest and raise their young.

This Patagonia cruise takes you to a great island to see them. 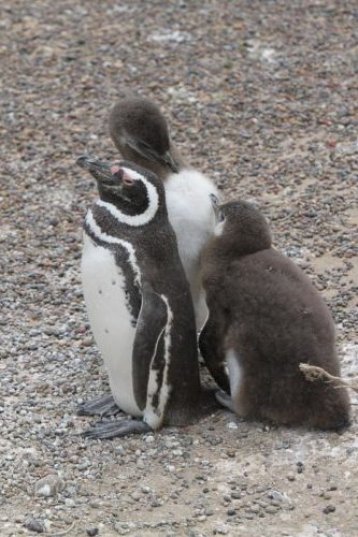 They like to nest in guano, their populations were first devastated by the mining of guano deposits for use as fertilizer. Thankfully they are protected today.

Where to find them:  Coastal Peru & Chile 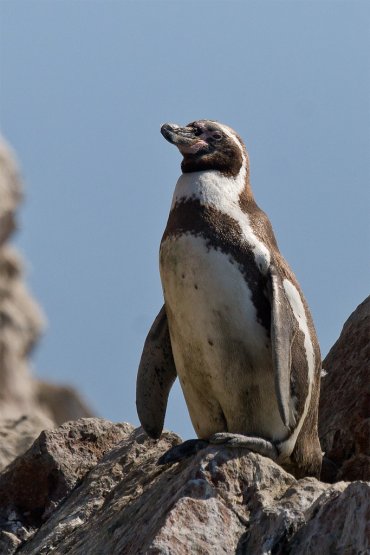 These penguins look funky with their bright yellow crests.

Where to find them:  Only on Snares Island, New Zealand, so very few people have been lucky enough to see them. You will need to journey on one of these amazing expeditions cruises. 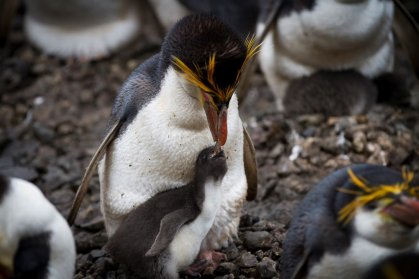 See if you can spot barnacles growing on their tails – this is because they spend up to 75% of their lives in the ocean during winter!

Where to find them:  Fiordland, and Southland area of New Zealand. 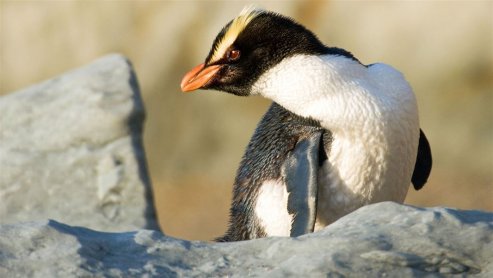 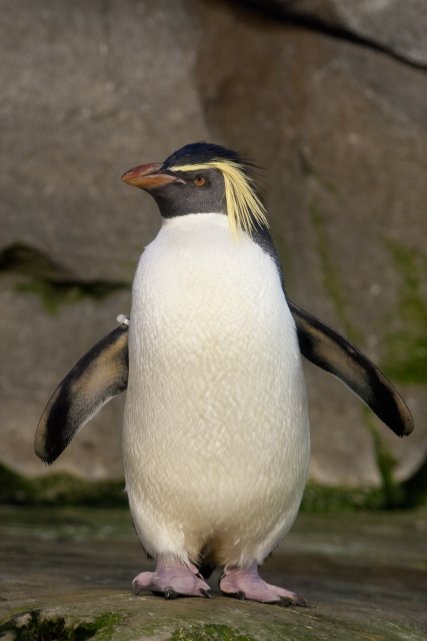 These little rock stars have thin yellow stripes that run backward above each eye and extend from the sides of the head as spiked yellow plumes. 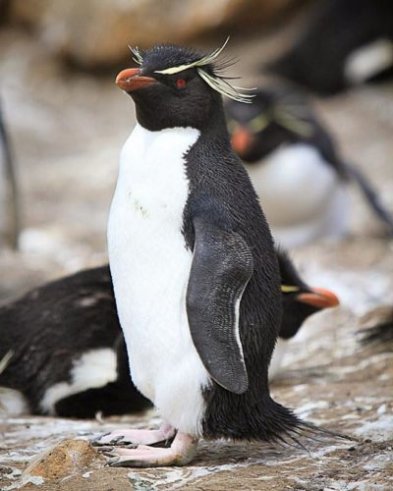 These birds lay their eggs directly on rocks and have very rudimentary nests.

Where to find them: New Zealand 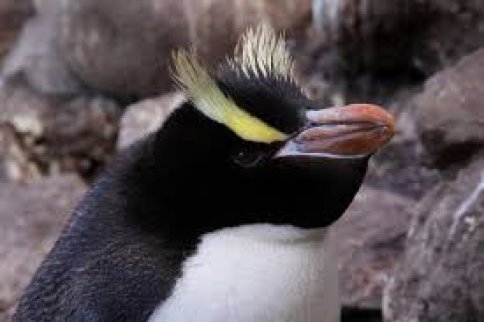 No, they were not named after pasta! But due to their yellow tassels. To the 18th century English explorers that named them, these tassels resembled the feathers called “macaronis” on the hats worn by young fashionable men. 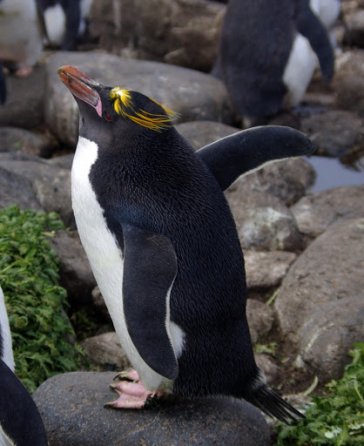 Looks similar to the macaroni penguin but has a white or pale face…this is not a common penguin to encounter unless you take one of the few expedition voyages to Macquarie Island, learn more here

Where to find them: Australia (Macquarie Island; Bishop Island) 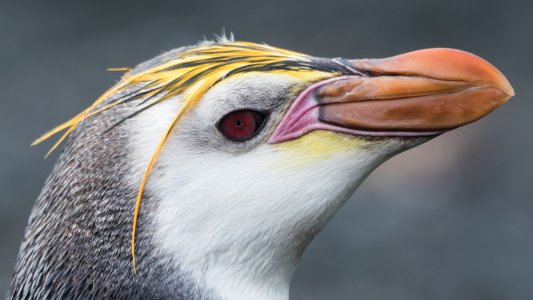 Sadly, they are endangered, and one of the rarest penguin species in the world. Known as hoiho to the indigenous Maori language of New Zealand, which means “noise-maker.”

Where to find them:  New Zealand 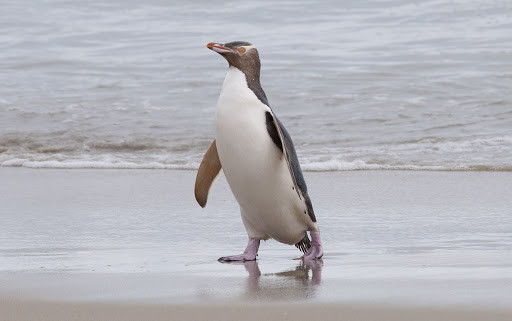 Take a cruise to Antarctica to encounter hundreds of these penguins with their long tail feathers. You are likely to find large colonies. 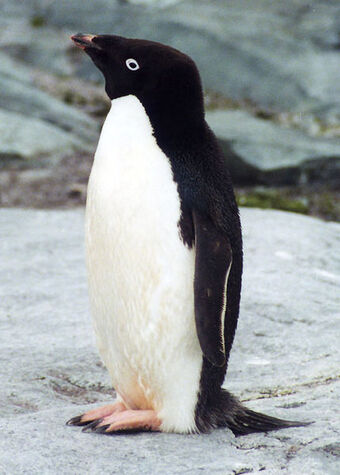 Known for their feisty behavior, these ones are easy to spot with a black strap that runs ear to ear, like a chin strap! 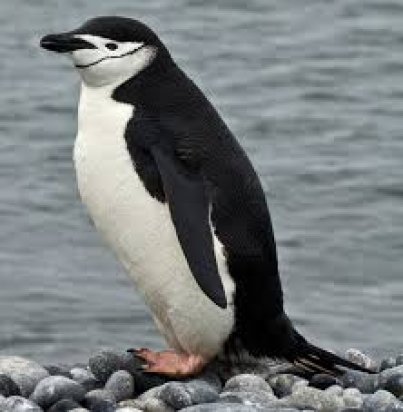 The 3rd tallest penguin, and the one with the longest tail feathers, you are bound to meet them in Antarctica! 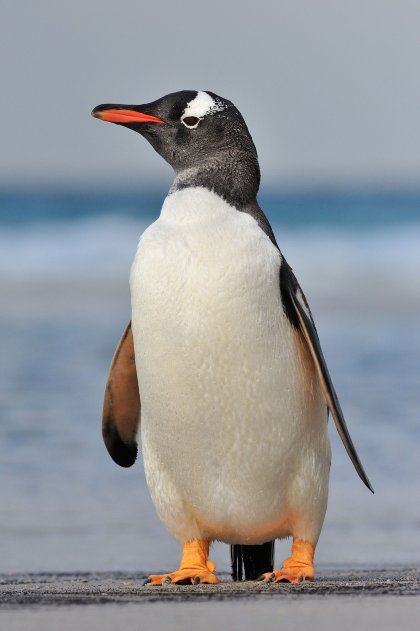 The 2nd tallest penguin, they don’t make a nest, but rather hold the egg on their feet! You don’t have to go all the way to Antarctica, our Patagonia tour is lucky enough to visit the colony in Argentina - see Patagonia Tour here 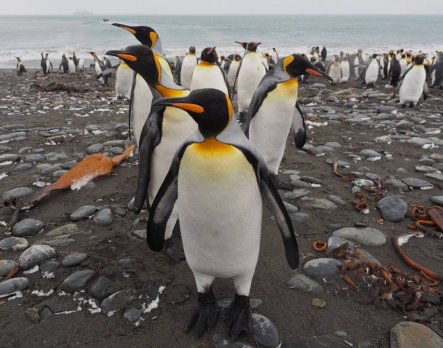 The largest penguin of them all, tallest and also in body mass, they weight 32-40kg and stand up to 1.2 metres!

Where to find them: Antarctica, but don’t expect them to be everywhere, there are special voyages that go in search of Emperor penguins: these 2 are great options 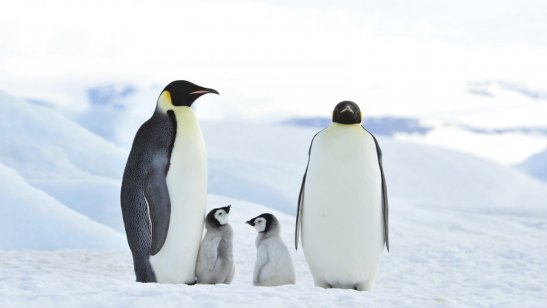