If countless ancient rock paintings, carvings, statues and ruins are the sort of things that get your juices flowing then our collection of best archaeological sites in South America are bound to make you weak at the knees. In a continent that’s simply bursting with history and cultures that date back thousands of years, the choice of stellar sites is simply colossal.

See all our tours in Peru and note that on a custom made itinerary, you can include mighty Machu Picchu.

The poster-child of South America’s ancient treasure-trove, the ancient Inca citadel of Machu Picchu is the one everyone wants to see, and it’s certainly not hard to get the appeal. Cradled in the luscious Sacred Valley and framed by a host of picturesque Andean peaks, Machu Picchu is an absolute visual feast, and a visit is made all the more impressive when led by knowledgeable guides who can literally walk you through the construction and meaning behind every structure. Primarily used as an astronomical observatory, Machu Picchu remained elusive to Spanish conquerors and the fact it was never found remains it's most saving of graces – considering European invaders tended to destroy much of what they found in South America.

Visit by train for the day or on foot on a multi-day hiking adventure you won’t forget in a hurry.

> Read more: Guide to Machu Picchu - All you need to know

Explore mysterious Nazca Lines with our trips to Peru.

Etched on the dark desert soil of southern Peru, the Nazca Lines have been baffling scientists and enthralling visitors for over eight decades. The most famous geoglyphs in the world are best admired on short sightseeing flights although a couple of elevated platforms along the access road offer glimpses of some of the smaller shapes. Stamped deep into the ground using earth, not from this immediate area, the Nazca lines were created by one of the oldest cultures in all of South America, one which left no written record. All we know about the Nazca lines are, for the most part, speculation. Truth be told, this certainly adds to the allure of them all. 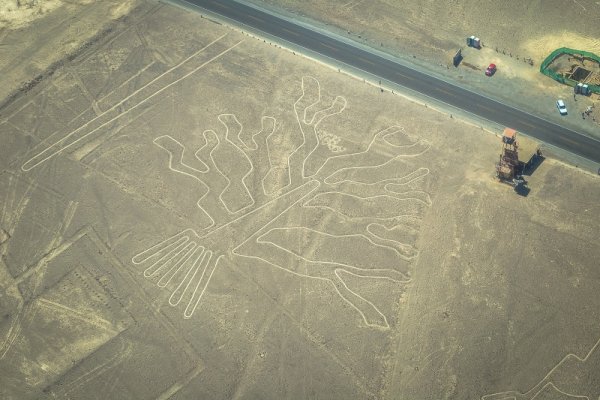 Add Chan Chan to one of our tours of Peru.

The largest pre-Colombian city in all of South America, Chan Chan is a beautifully-preserved adobe citadel located just a few kms from the seaside surfing hub of Trujillo, in northern Peru. The site showcases the craftsmanship of the ingenious yet relatively short-lived Chimu people who roamed over this region for 400 years before being overthrown by the Incas in the 15th century. Renowned for their distinct pottery designs, colourful textiles and architectural styles, the Chimus are among the least-known ancient people of South America and their legacy, found in northern Peru, is outstandingly unique. Once home to more than 500,000 people, Chan Chan gained UNESCO recognition in 1986. 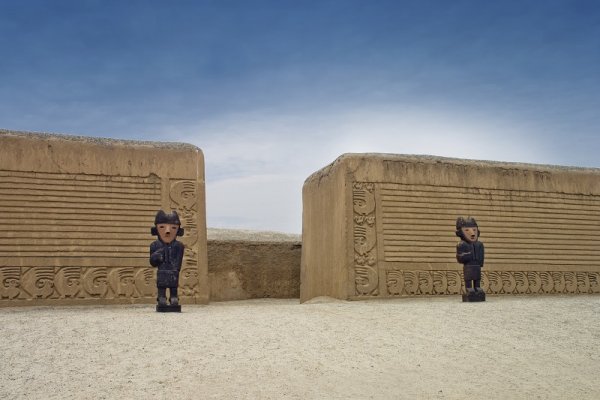 See our tours of Chile and side-trips to Easter Island

The giant carved statues that tower over some of the most beautiful landscapes of all, the Moais of Easter Island are insanely fascinating and offer a genius excuse to visit what is, in actual fact, a sensational island. UNESCO gave up trying to recognise all of Easter Island’s prized assets (800 statues and then some) and ended up declaring the entire isle one collective treasure.

Carved more than 500 years ago for reasons and by means yet unknown, the angular faces of the Moais – with their poker-face expression and impressive size – are one of the world’s most mysterious archaeological pearls. Only recently scientists discovered that the statues’ eyes were once filled with coral. Made of compressed volcanic ash and originating from a quarry still hiding unfinished pieces, the colossal statues of Rapa Nui are an unmissable archaeological highlight in South America. 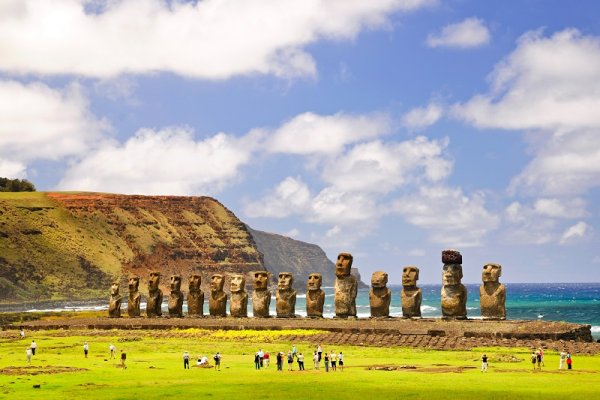 See our collection of Argentina tours

The marble cave of a thousand hands is one of the hardest sites to reach in South America which inarguably adds to its allure. The hands are believed to have been painted almost 10,000 years ago and makeup one of South America’s oldest pre-historic site, not to mention it's most prized ‘ancient artwork’. Found in a remote region of Patagonia, the Cuevas de las Manos are best visited on an overland tour along the Carretera Austral, the best road-trip route in the continent.

> Read more: Travel Experiences in Patagonia - What You Shouldn't Miss 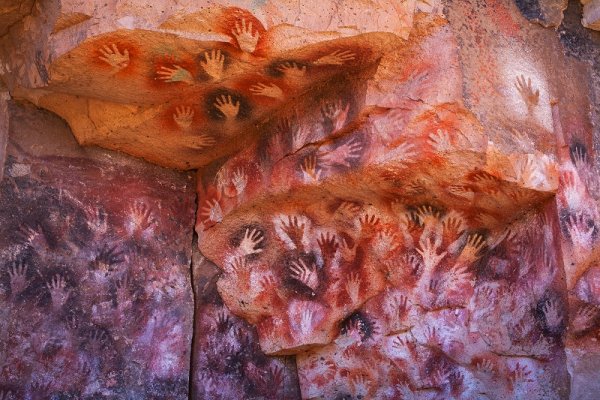 See our favourite tours to Bolivia

Tiahuanaco is considered one of the hidden treasures of South America archaeology, and it’s amazing to know most visitors to Lake Titicaca don’t even know it exists despite the fact it’s located only 20kms away. This is the alleged birthplace of the pre-historic culture of this region and, if researchers are correct, could turn out to pre-date every other ancient site on the continent. Tiahuanaco comprises the ruins of four main structures and although at first sight, it may seem like there’s not much to admire, the mind-boggling story behind their construction (stones weigh up to 150 tonnes and were – somehow – carried for two dozen kms) the fact it remains mostly unknown and is always uncrowded makes this an absolutely brilliant place to visit. 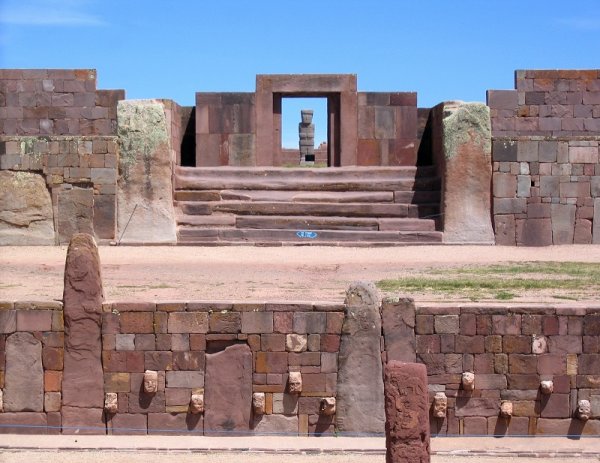 7.    Jesuit Missions of the Guaranis, Brazil

Our tours to Brazil can include Rio, Iguazu Falls, the Amazon Rainforest and the Jesuit Missions.

Jesuit missionaries intent on helping, protecting and converting the indigenous Guarani population of South America built impressive settlements in several countries during the 16th to 18th centuries, although their legacies remain, nowadays, in only four countries: Bolivia, Argentina, Paraguay and Brazil. The latter is home to the most beautiful of the 30-odd collection: the Jesuit Mission of San Miguel Arcanjo. Built in the 1680s, this UNESCO-listed Jesuit Reduction exhibits the stunning Baroque architectural style which the Jesuits favoured and given the site’s historical prominence; it has been fervently preserved by the local government.

European influence and invasion have certainly never been portrayed favourably in South American history yet the independent and autonomous Jesuits actively challenged the Spanish status quo and fervently protected the indigenous population from enslavement and persecution, the main reason their settlements were popular and revered.

> Read more: How to Travel Responsibly in South America 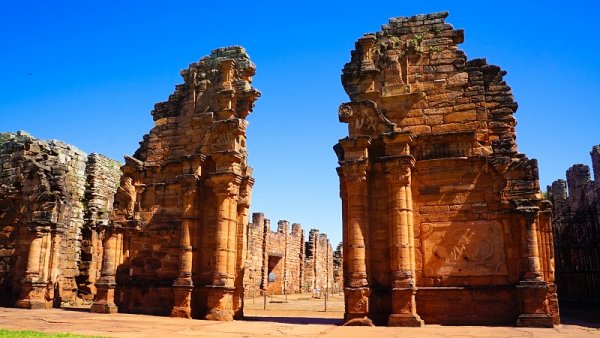 Discover the natural, historical and archaeological wonders of Colombia

The largest collection of ancient religious relics in all of South America and believed to be the world’s largest ancient cemetery, UNESCO-listed San Agustin is akin to an archaeologist’s amusement park, if you ignore the sombre subject. More than 500 statues, sarcophaguses and monoliths dating to pre-Colombian time, some more than 2,500 years old, are all related to death, funerals and burials. Beautifully maintained and well planned out, the park is properly visited over a period of 3-4 hours, following a walking trail. 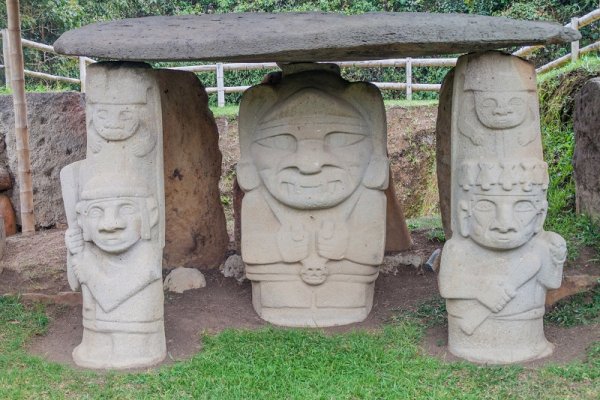 This amazing UNESCO-listed national park is a stunning double-whammy: almost 1,300 square kms of gorgeous wilderness in north-eastern Brazil cradling over 1300 distinct archaeological sites, some of which are over 60,000 years old. Cave paintings in rock shelters, rock-hewn walls and cave systems with underwater lakes are an absolute pleasure to explore at length. The park was designated as a nature reserve to primarily protect the extensive collection of archaeological treasures although makes for fantastic hiking and offers drop-dead-gorgeous landscapes and plenty of wildlife-watching to boot.

> Read more: Top 6 South America Destinations That Are Waiting To Be Discovered 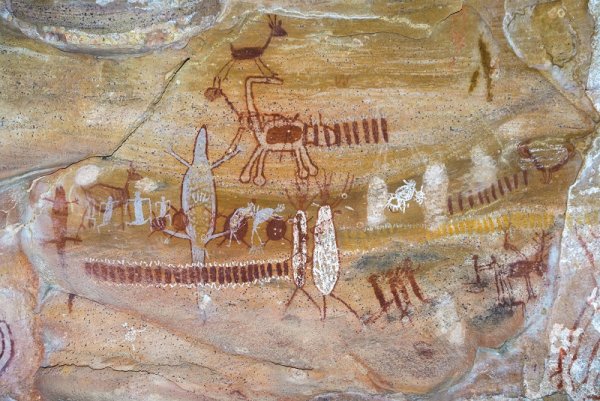 Check out for more opportunities in Peru.

The ancient capital of the Inca Empire is now the most visited city in all of Peru, thanks to its convenient location, proximity to Machu Picchu and, perhaps more importantly, its outstanding beauty. The town centre appears to be only a glorious showpiece for colonial-era architecture at first glance yet look a little closer and you’ll find an astonishing array of pre-Colombian treasures at every turn. The base of the magnificent cathedral is made of ancient Inca walls and whenever a new hotel or house is built in the city, new discoveries of archaeological gems are made. Stone laneways and old houses still show the legacy of this incredible ancient culture and Cuzco itself, although mostly revered for its nearby archaeological sites, is an ancient splendour in its own right. 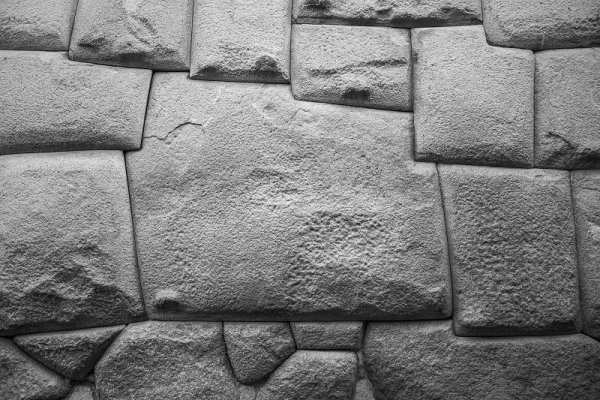 Most prominent archaeological sites, especially those close to major tourist attractions, are easy to include on any custom-made tour although dedicated itineraries mean you could reach any site on a bespoke trip. We can arrange a tour to all the destinations you wish to see, by whatever means of transport you desire most: road or plane. For this and any other info, contact our Destination Specialists.