Polar expedition cruises offer a fantastical array of truly unique experiences – read on to discover all the stunning things to see and so at the glistening ends of our planet.

When choosing between expeditions in the Arctic or Antarctica, many people wonder just how different polar cruise experiences are between the two regions, given that they ‘look’ so alike. Aside from the obvious famed distinctions (the Arctic is home to polar bears whilst Antarctica boasts penguins), there’s actually an array of unique highlights and activities that differentiates the two ends of our planet. Whether you want to see polar bears, snorkel with seals, kayak among glaciers or stand on a beach surrounded by a million penguins, there is certainly a polar cruise experience that’s just right for you.

Here is just a taste of what you can see, do and feel at the frozen ends of our world. 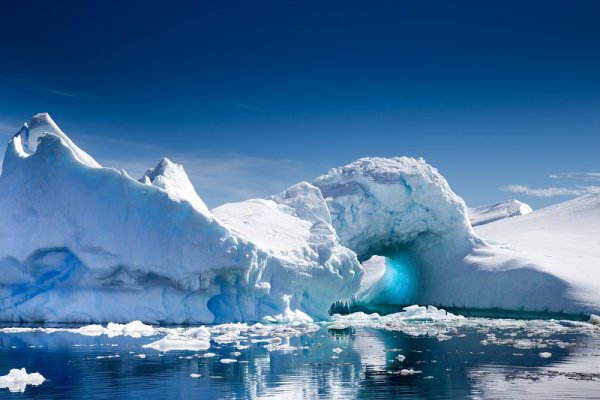 An expedition cruise around the Norwegian island of Spitsbergen is possibly the most iconic Arctic experience of them all. Sailing for about two weeks, you’ll take in all sides (and outlying islands) of the largest island in Svalbard, known as the polar bear headquarters of the north – that one place famously home to more polar bears than people. You’ll explore small inlets renowned for attracting hungry bears, who stalk migrating seals as they head further north, in the hope of scoring a filling meal. Taking to the shore on Zodiacs, you’ll also hike the tundra and will have great chances of seeing reindeer, walruses, whales and Atlantic puffins, amongst a cacophony of other sea birds. This is one of the best wildlife-watching destinations of the entire Arctic region and, given its proximity to the European mainland, also the most convenient hub for expeditions north.

Viva’s very own Tara just published an incredible photo journey from her July 2019 Spitsbergen Circumnavigation cruise., if you’d love to have a look-see. 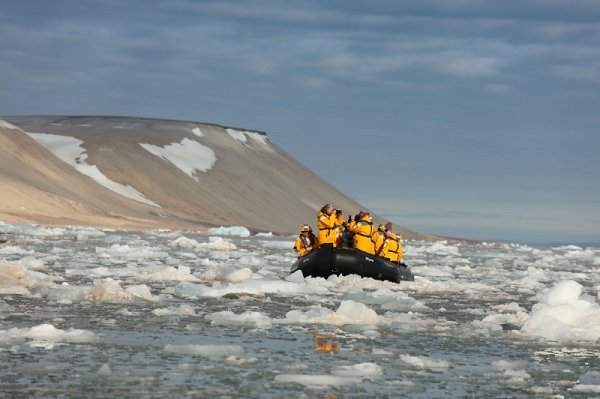 The King of the North is perhaps the most coveted highlight for anyone planning an Arctic expedition and the great news is that polar bears can really be spotted in any of the main destinations, at any time during the cruising season. Having said that, however, it reasons that some spots offer higher chances to spot polar bears than others. Spitsbergen (Svalbard) is the crowd-favourite due to its high concentration of the majestic beast, although expeditions in the Canadian Arctic have also shown to be very fruitful. This is especially true right at the start of the summer when bear mums and cubs can be seen on ice floes, travelling north. Expeditions to Greenland as well as Russia’s Remote Archipelago, follow closely behind. 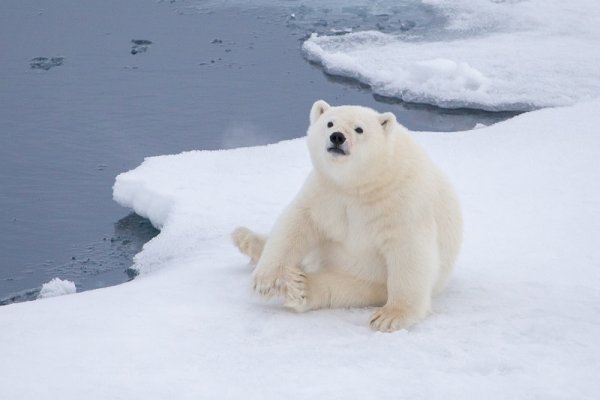 Cruising the Northwest Passage is one of the most coveted sailing challenges in the world, something that’s only become possible for tourist cruise ships in the last few years. The body of water between Canada and Russia is iced-over for most of the year, so expeditions here are attempted at the end of the cruising season, in July and August only. A Northwest Passage polar cruise experience isn’t just about historical accolades, however, for here lies some of the remotest and most pristine Arctic wilderness of all. Yes, you will be retracing the steps of some of the most iconic explorers in history, but you’ll also get front-row seats to a magical show of polar wilderness. Here, you’ll have the unrivalled chance to spot the Arctic’s Big Five: polar bears, musk oxen, narwhals, walruses and beluga whales, all living in isolated fjords and hiding behind eye-popping icebergs. 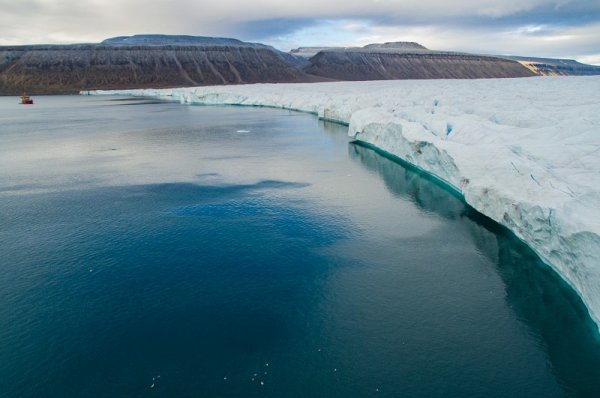 The land of a thousand contrasts is high on traveller’s list nowadays, this astonishing island-country offering a wealth of unique experiences. Between stunning volcanoes and deep fjords, it’s hard to know where to start which is why Iceland offers the best cruise + land-based experiences of all. The local culture is also quite unique, having evolved from aeons of extreme isolation. Iceland’s dramatic coastline is outstanding, with the south boasting ginormous glaciers and black-sand beaches, the north home to rugged peaks, the fjords (both east and west) home to millions of migratory birds and the deep inlets, where you’ll discover some of the most charming Arctic settlements of all. 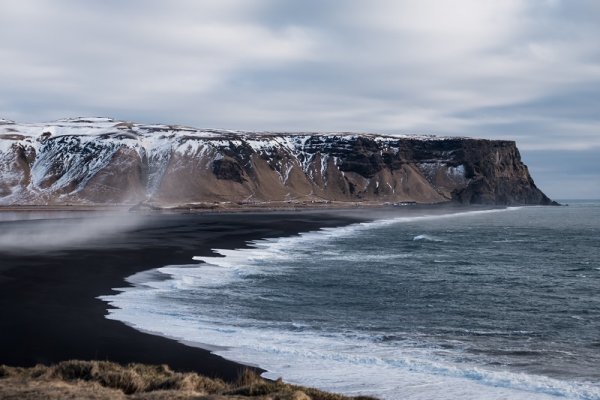 Greenland’s gigantic icebergs are reason enough to cruise the Arctic, let alone the exceptional wildlife-watching value that these icy behemoths offer. More so because to even reach Greenland, you have to cruise from Spitsbergen, Iceland or Canada, doubling the animal-spotting value. More time spent cruising the Arctic means infinitely more intense polar cruise experiences. The world’s largest island is almost entirely covered in ice, the Greenland Ice Sheet creating arguably the most arresting icebergs in the whole Arctic region. Chasing icebergs in the north? Then Greenland is where you should be heading. 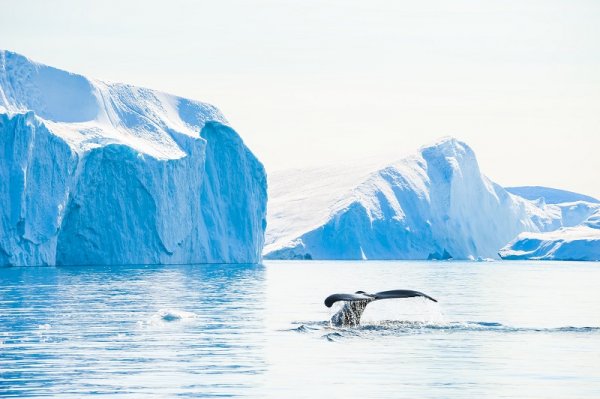 It may sound little nuts to go snorkelling in the world’s harshest and coldest seas but when you see what’s waiting for you under the surface, you’ll be putting on that wetsuit and diving right in! Polar snorkelling is a startling polar cruise experience: if you’re adventurous and are seeking a once-in-a-lifetime experience, then this surely fits the bill. In a part of the world that’s simply brimming with underwater life, snorkelling is an amazing way to soak up the magic, with stunning visibility allowing you to witness diving sea birds and frolicking penguins, seals and whales, as well as submerged parts of icebergs and even shipwrecks in shallow coves. High-tech wetsuits will keep you from freezing but you will need some steely resolve to pop your face into freezing waters – this new and exciting polar cruise experience is the kind of adventure you’ll be raving about for years. 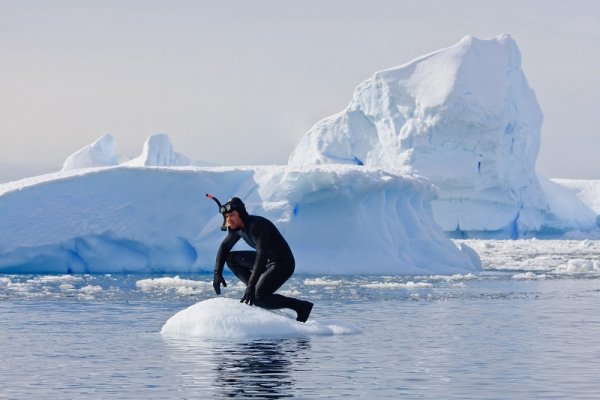 Emperor and King penguin spotting is high on everyone’s Antarctica voyage wishes, given these are the two largest and most majestic species on our planet. Although all cruises to Antarctica offer penguin visual-feasting galore, you have to choose specific cruises to specific destinations to see numero uno and dos of the penguin world. King penguins are best spotted on the island of South Georgia, home to the largest colony of the regal birds in the entire region, as well as the nearby Falklands. Your chance of spotting them here is pretty much 100%. As for the prime Emperor, well, that’s a different story. The fabled snow-angel of Antarctica lives much further south than any expedition ship could ever reach, so you only have two realistic chances of seeing them. A colony of Emperor penguins lives on Snow Hill Island in the Weddell Sea. This is the northernmost known colony of Emperors (on the eastern side of the peninsula) and although it is almost impossible to visit, a few expedition ships do try, every year. Better chances are afforded guests on voyages departing New Zealand. These magnificent journeys visit East Antarctica instead, cross the marine life-enriched Ross Sea and stop by penguin-brimming Macquarie Island, which has been known to host Emperor penguins. Nevertheless, this remains the most elusive animal to see in Antarctica. 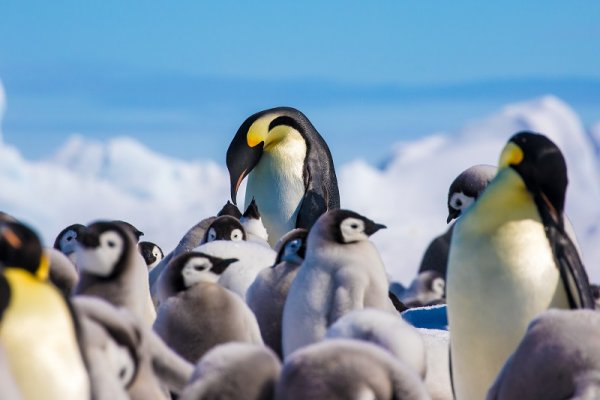 Kayaking is the single most-coveted activity on Antarctica cruises and is the best compromise if you don’t want to snorkel (ie. you want to be at sea-surface level but the mere thought of snorkelling gives you brain-freeze). As our own Rachel reports, you could find yourself amid a whale feeding frenzy, the ‘gentle monsters’ unperturbed by your presence and coming so close that you could almost reach out and touch them. There is no polar cruise experience that matches the intensity of a kayaking outing, let alone because you can glide alongside mammoth icebergs and reach narrow inlets your ship cannot. This is one of those truly incredible life experiences you’ll remember for the rest of your life. 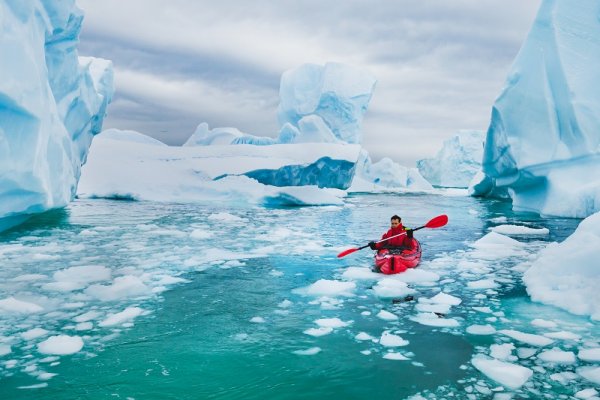 South Georgia and the Falklands

The undisputed wildlife highlight of Antarctica, the creature-brimming islands of South Georgia and the Falklands are indescribable places to visit. Itineraries including these remote hubs are longer and more expensive than classic jaunts to the peninsula yet the rewards are priceless. Here, you’ll see more penguins, seals and sea birds than almost anywhere else, with South Georgia also boasting abandoned whaling stations and fascinating history. A fantastic array of excursions and hiking trips make these itineraries incredibly comprehensive. 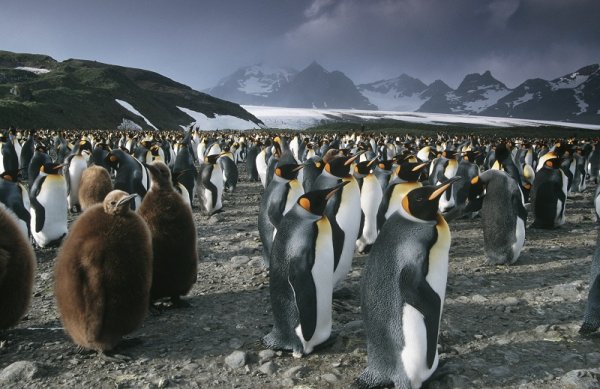 Click HERE to see our South Georgia and the Falklands Tours

Several Antarctic expedition ships offer guests the chance to camp on the ice overnight, soaking up the spectacle of the night sky (or endless sunshine) depending on which month you visit. Warm and cosy in your sub-sub-sub-zero sleeping bag, you’ll enjoy an open-air camping experience that is unprecedented. At one with the Antarctic wilderness, open to the elements, spellbound and overawed – this is usually how our guests wake up in the morning! This is the only way to spend a night on the White Continent – and what an unforgettable night it can be. 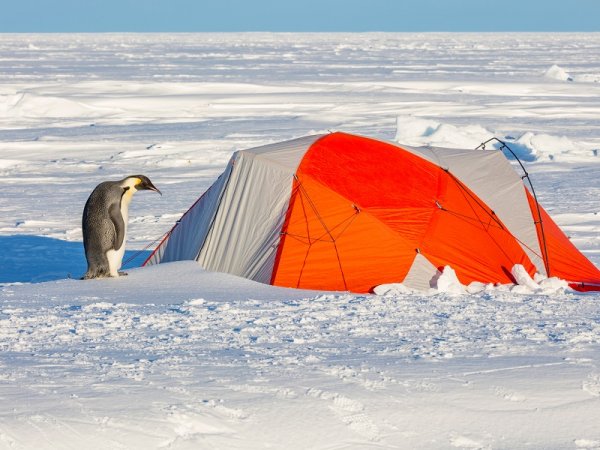 Click HERE to see our Tours offering Camping in Antarctica

Need some help choosing the right polar cruise experience? Talk to one of our specialists who’ve been there, kayaked this and even polar-plunged that and come experience life in the beautiful extremes.

When to See Polar Bears on Arctic Cruises

Every month of the cruising season offers excellent chances to spot polar bears in specific places!

Where to See Polar Bears on Arctic Cruises

One of the world’s most exhilarating wildlife experiences – seeing polar bears in the wild!

When to cruise to the Arctic?

The best time for Arctic expeditions – sorted by destination, highlights, crowds and prices!