Planning your Arctic adventure has never been easier – here’s everything you need to know.

The Arctic Region has long been considered one of the best wilderness destinations on earth – where else can you meet walruses, narwhals and polar bears, see whales show off their acrobatic skills, visit isolated indigenous communities and see our planet’s most formidable glaciers, icebergs and volcanoes, all on the one trip? The Arctic has it all – adventure, wildlife, culture and the kind of gobsmacking landscapes that no amount of photoshop could ever replicate. This is the icy northern end of our planet and on expedition cruises and tours, you can soak up all the magnificence in sublime comfort. Like the 21st century explorer you are. Planning an affordable Arctic tour may sound like an oxymoron but if you’re well informed and understand all about cruising season and the various destinations, you’ll be able to find a great value-for-money trip.

And then your adventure of a lifetime can begin.

1. The best destinations in the Arctic
2. The best time to go
3. The best expedition ships 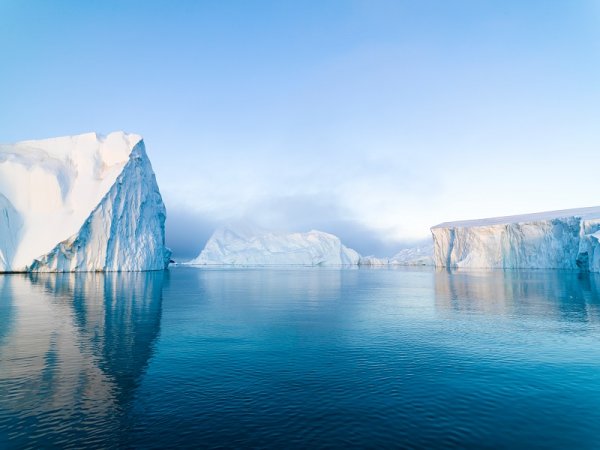 What you should know about visiting the Arctic – the best destinations

The Arctic is a very expansive region and touches the northernmost fringes of three distinct continents. This means that every region, and every Arctic cruise expedition, offers unique experiences, be it to do with wildlife, nature and/or activities. When trying to determine the best place in the Arctic to visit, therefore, you first need to decide what it is you want to do and see there, above and beyond anything else. You point of departure and even amount of time off you have are secondary priorities.

First up, let’s introduce you to the top destinations – how to get to the Arctic! 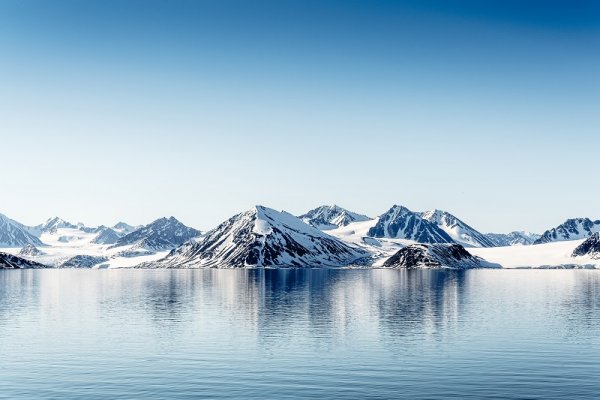 Mountains in the Arctic

The largest island on the Svalbard archipelago, floating only 1,000km south of the North Pole, is the northernmost inhabited island on earth. Administered by Norway and easy to reach from Europe, this is considered the Arctic expedition headquarters due to the sheer number of cruises and experiences on offer. Spitsbergen also happens to be dubbed “the polar bear creche of the Arctic” and although the kings of the northern snow can be spotted elsewhere this is the best destination for seeing them in the wild. 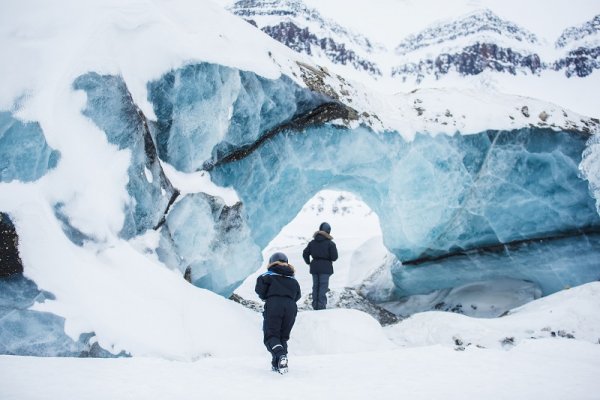 More than 3000 polar bears call Spitsbergen home and although a sighting can never be guaranteed, a Spitsbergen Arctic cruise still gives you the highest chances of seeing the largest numbers when compared with other spots. This is especially true of circumnavigation cruises of the island, which meanders the northern and eastern coastlines where seals congregate in huge numbers during the summer. They, in turn, attract hungry bears galore. Here is a comprehensive rundown of the best destinations where you can see polar bears on Arctic cruises.

Given the popularity of Spitsbergen and its relative ease of access, you’ll find the most affordable and rewarding cruises depart from here and will have a much wider range of ships and expedition budgets from which to choose.

See Viva’s Best Spitsbergen Cruises and you’ll get a fairly good idea of just how comprehensive the choice is from here. 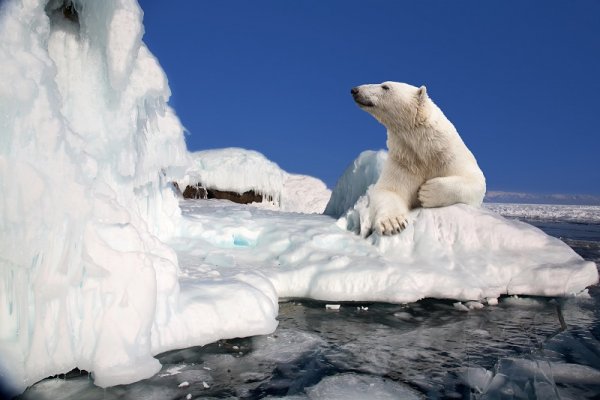 Southwest of Spitsbergen is where you’ll find Greenland and Iceland, the largest and smallest of the Arctic island destinations, respectively. Between them is the Denmark Strait, a renowned whale migration hot-spot.

Iceland and Greenland are, in many ways, polar opposites, one being abundantly inhabited and boasting fantastic infrastructure (the former) and the other (the latter) barely having a few km of asphalted road on which to drive. Together, however, they offer a portal into an icy world of wonders, with some of the most famous fjords and glaciers in the world found in their respective coastlines. The largest icebergs and most impressive ice field are found in East Greenland, with Iceland acting as its most genial springboard. 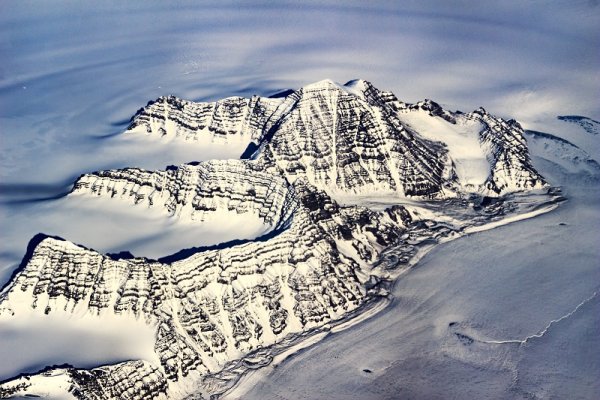 Click HERE to see our Iceland and Greenland Cruises

Head here in September, right at the end of summer cruising season, and you’ll have good chances of also seeing the Aurora Borealis. For the next few years, the strait between Greenland and Iceland will be right at the epicentre of the Northern Lights action.

Iceland and Greenland Cruises are the second-most affordable and popular of all our Arctic expeditions – you’ll find answers to the most popular questions on our dedicated tour page. 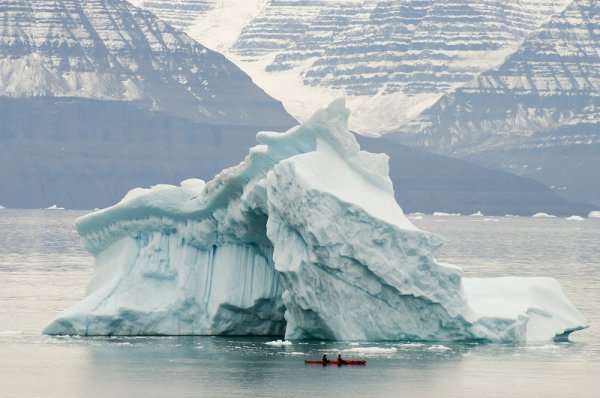 The Canadian Arctic and Baffin Island in particular are North America’s polar bear and cruising hub and considered by many to be the ultimate Arctic destination. The remoteness and isolation this far north, however, also make Canada among the most expensive options and the one that requires more time to explore. Polar bear and whale-spotting here are astonishing, and the Arctic wilderness, glaciers and icebergs are as resplendent as they could ever be – but you will pay for the privilege of visiting. 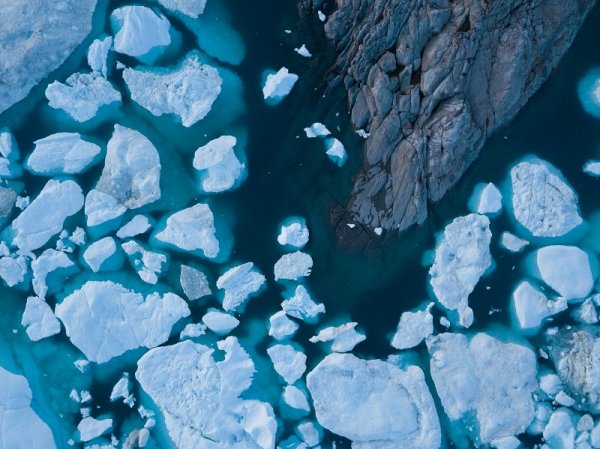 Baffin Bay is the gateway to the Northwest Passage, considered the most thrilling Arctic cruising challenge and a destination that’s only become available in the last few years, with warming temps making a passage commercially viable. These are the harshest (and most magnificent) waters in the north, an isolated haven for abundant marine life like whales, dolphins, walruses, seals and narwhals.

If all this isn’t enough, Canadian Arctic cruises also offer options to visit the western side of Greenland, home to legendary capital, Nuuk, and a side of the country drenched in captivating culture, history and overwhelming Arctic wilderness.

Our Canadian Arctic cruises range from 9 to 14-day expeditions and our page will answer the most FAQs. 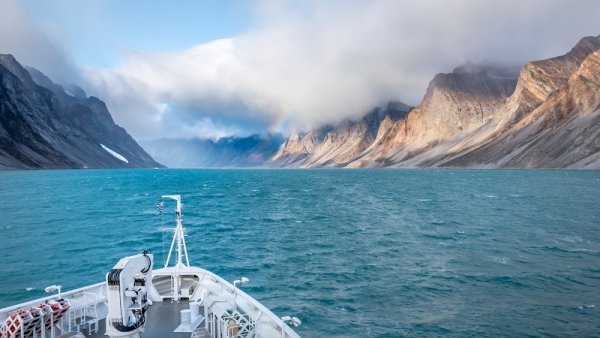 You’ll be needing some serious time and funds to visit the high Russian Arctic but, if you do, it’ll be an experience that’ll stay with you for the rest of your life. The remote Barents Sea is considered one of the most abundant marine-life hubs on earth and the archipelago of Franz Josef Land, with its 200-odd islets, is perhaps the most unspoilt, unexplored and unbelievable treasure-troves of absolute Arctic beauty. Almost 90% of this island maze is made up of glaciers and icebergs, revered by extreme adventurers and polar bears in equal measure.

This is the most expensive and hard-to-reach destination in the Arctic. And also, in so many ways, the most dreamed-about.

See our 22-day High Arctic Odyssey to the remote Russian archipelagos which casts off from Helsinki, in Finland. 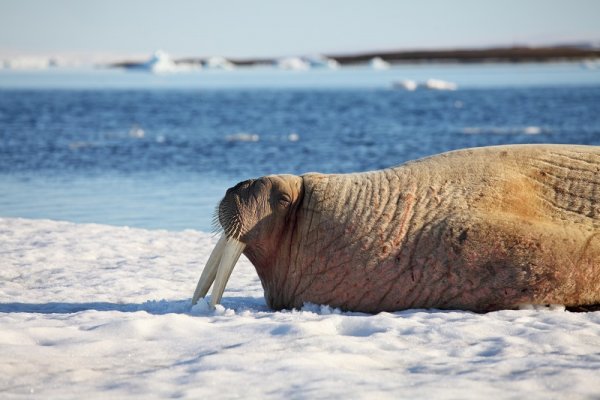 Arctic Expeditions in 2020 – When is the best time to go?

Arctic expedition season runs from June to October during the warmest months in the northern hemisphere. When in the season you eventually choose to visit will depend on where you want to go and what you’d primarily love to see. Every month offers its own unique benefits and downsides. 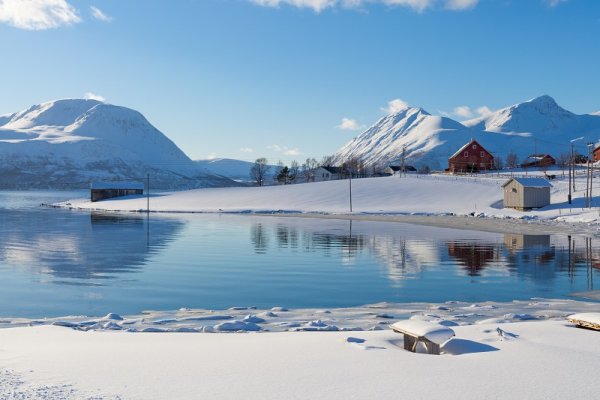 Winter in the Arctic Circle

The most popular months

July and August are traditionally the busiest and most expensive months for Arctic cruises although they are also among the most pleasurable. With the extensive ice melt, ships can sail further north and have more chances of seeing migrating whales. The relatively warm temps also mean you can be out on deck and on land exploring for longer, every single day. July sees the Arctic drenched in 24 hours of glistening sunshine. 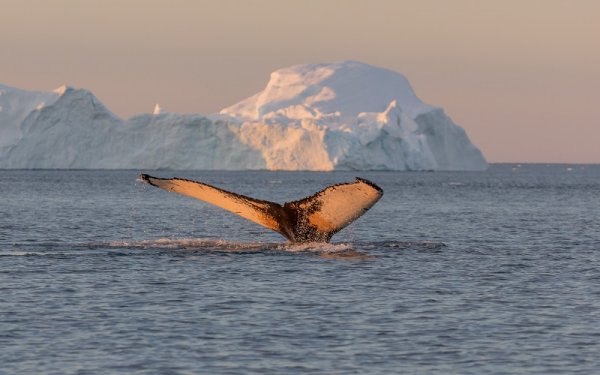 Having said that, extensive ice melt also means smaller icebergs, so if kayaking among gargantuan floating bergs is on your must-do list, as well as any ice related activities like ice hiking and climbing, you really should consider June your ideal month. 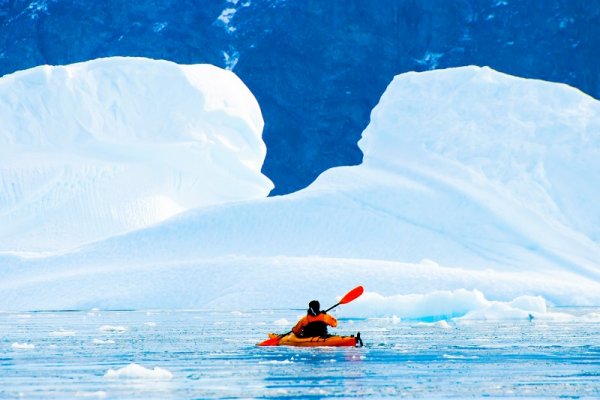 Kayaking between the icebergs

Arctic cruise itineraries change as the season progresses and automatically include destinations that are renowned for hosting polar bears, knowing well that this is most visitor’s #1 dream. Given that polar bears can be spotted anywhere in the region, at any time during cruising season, timing isn’t really an important deciding factor – instead, choose an itinerary that sticks close to Arctic coastlines (as here you’ll have the highest chances of seeing the magnificent beasts) and, as we suggested in our When to See Polar Bears guide, choose the smallest ship your budget will afford. 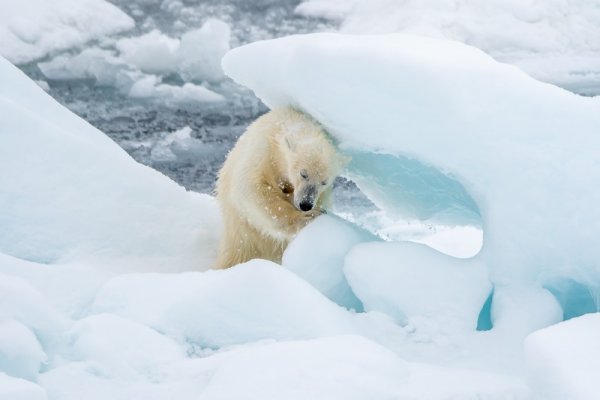 Polar bear scratching its back on ice blocks

If you’re dreaming of crossing the Northwest Passage, from Canada, you’ll have to plan your trip in August/September. Only a few hardy expedition ships attempt this passage and they only do so at the very end of cruising season. We have two Northwest Passage expeditions to choose from: a fantastic 9-day Arctic Express and a spectacular 19-day Northwest Passage adventure that starts in Iceland and also visits the southwestern side of Greenland – an Arctic tour trifecta that’s hard to pass up. 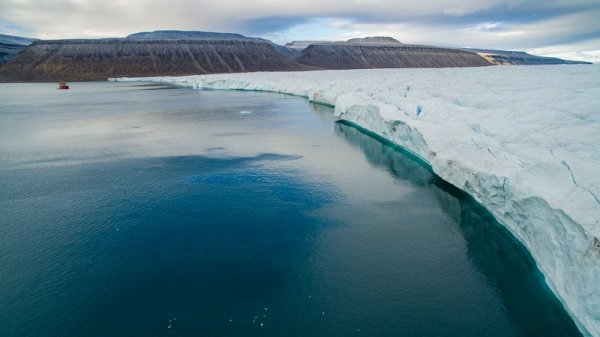 Rather than think of them in terms of best and worst, it’s better to compare Arctic expedition ships in terms of guest capacity and level of luxurious comfort. These are the two main aspects that determine not only price but also your overall experience.

Very large cruise ships, carrying thousands of passengers, don’t offer the kind of Arctic explorer experience we love most and that’s the main reason we don’t offer them. Instead, we prefer smaller and more intimate ships, the kind that only host 100-250 guests; ships that are nimble enough to get you closer to shore and down smaller channels, and the kind that also don’t overwhelm the places in which they dock. 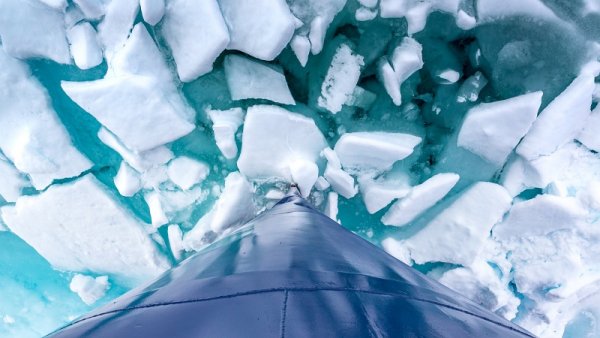 Sustainable and responsible tourism means making wiser choices when it comes to expedition ship size – head to the Arctic on a small or medium-sized ice-strengthened ship and you will have a much more immersive and rewarding experience whilst leaving as minimal a footprint as possible.

The wonderful thing about our Arctic expedition ship choices is that they offer amazing budget options too – some are like floating 5* resorts and others keep the bling to a minimum to offer a more affordable experience. All are superb vessels and all boast exceptional crew that’ll serve up an unforgettable Arctic experience – whether you want to pay for extra indulgences, or not, won’t make a difference to your overall journey. 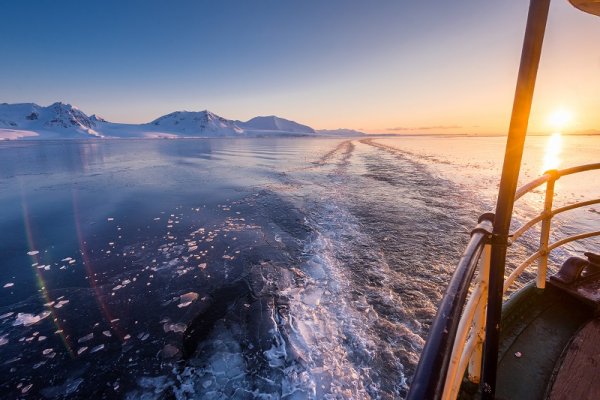 Choosing the right (and affordable) Arctic expedition may seem like an overwhelming task but when you have a team of experts at your beck and call, the task is made much easier.

Fancy a chat? We do! See our full collection of Arctic Cruises and don’t forget that you can always contact us for more specific and personal advice.