No matter how many times you’ve travelled to South America, you keep coming back because you know that the continent – despite its incredible prominence – still hides a multitude of hidden treasures. Usually, one discovers them en route to somewhere renowned, over a glass of vino shared with fellow wanderers or by coming across a random article on an obscure but spellbinding place no-one seems to have yet heard about.

This is that article.

The latest up-and-coming hot spots, the treasures off the beaten Gringo Trail and the most fascinating NEW highlights that are sure to soon become the very top destinations in all of South America.

Get here...before everyone else does 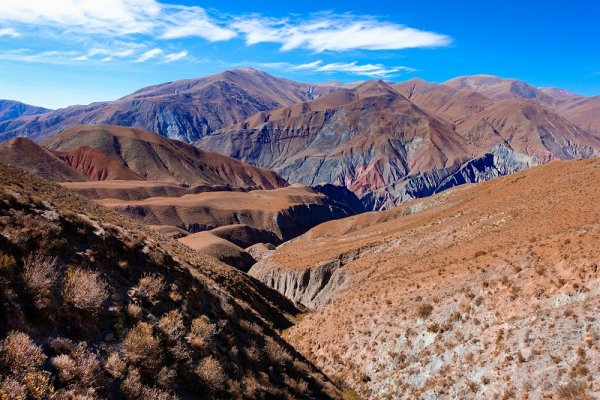 Will the Real Machu Picchu Please Stand Up! Click here to see all the trips to Peru.

Archaeological digging has barely finished at Espiritu Pampa, the ancient Inca marvel found in the midst of Peru’s cloud forests on the south-eastern flank of the country’s Andes Mountains. Old Vilcabamba, as the site is now known, is believed to be the very last stronghold of the mighty Incas, before they succumbed to Spanish conquerors in the late 16th century. Hiram Bingham first visited the site in 1911 but given the fact he had only seen a small portion of it and was unaware of how extensive the citadel actually was, he dismissed it. He was in search of the Lost City of the Incas, you see, and didn’t realize he had actually found it. Bingham went on to rediscover Machu Picchu and declared that to be the last Inca citadel when, in reality, he had walked straight past the real thing. Espiritu Pampa was a refuge for Manco Inca and his regal family for almost 30 years before the city was conquered and looted in 1572.

Espiritu Pampa has just been extensively cleared after an arduous on-off period of more than 50 years. Plans are now underway to open a museum and build a road yet if you’re a hiker and fancy a stunning weeklong adventure through the wilds of the Peruvian Andes following the authentic Inca trail to Old Vilcabamba, then you’ll be in for a magnificent treat. The hiking trail starts, perhaps unsurprisingly, in Cusco, the base point for Machu Picchu visits and the ancient capital of the Inca Empire but you can also join the trail in Vilcabamba. 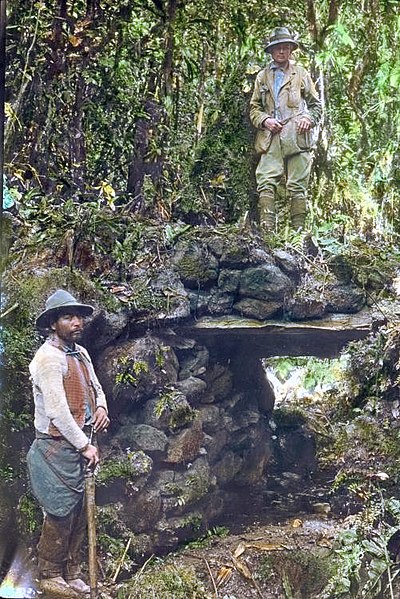 Blinding white sand dunes seem to roll on forever here, across an otherworldly horizon dotted with turquoise pools that are a swimming delight. A sight to behold and one of the most unique natural wonders on earth and, amazingly, one that continues to remain off the beaten trail. Brazil’s Marahenes National Park is, in technicality, a freak of nature. Featuring hundreds if not thousands of white sand dunes some up to 30m in height created by strong Atlantic winds, the 155,000-hectare park runs along the northern coast of Brazil in the State of Maranhao and, when flooded by rain, it is one of the most spellbinding sights you’ll ever cast your eyes on, with freshwater lagoons dotting the landscape to infinity and beyond. 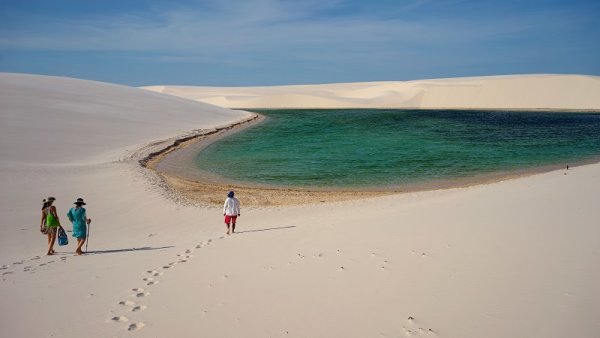 Tourists in desert oasis of Brazil

The park is the latest eco-tourism destination to emerge in South America although the lack of infrastructure will ensure it remains uncrowded for quite a few years to come. Home to several endangered species of wildlife including a unique manatee, otter and ibis, the Lencois Maranhenses NP is a protected ecosystem. Those lucky enough to venture this far north can delight their senses in kayaking and horseback-riding although simply sitting atop a sand-dune and basking in the glow of the sunset is magical enough. Visit between June and September to soak up the sight of a million lagoons and make sure you organize a guided 4WD tour: you’ll get likely lost and most probably stuck in the sand without one.

Although there are probably worst places in which to get hopelessly stuck. 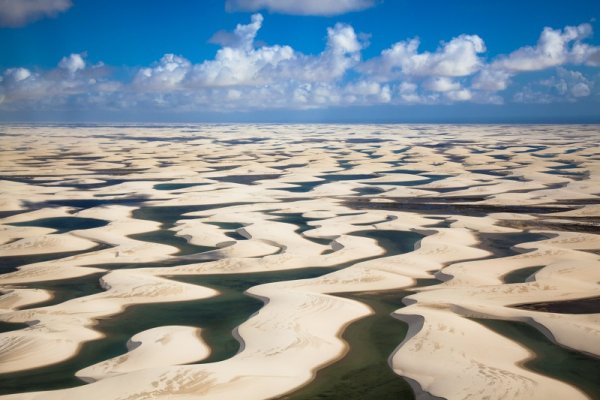 A hard-to-reach but impossible to forget corner of the Amazon. Find more trips to Bolivia.

If you’ve ever met anyone who’s heard of Rurrenabaque we guarantee they’ve been to Bolivia. Other than that, this incredible Amazonian treasure remains one of South America’s most hidden treasures. Sure, the hassle of reaching it has much to do with that yet we’ve never come across anyone who’s been and say they regret the effort. Rurrenabaque’s treasures are simply that glorious. 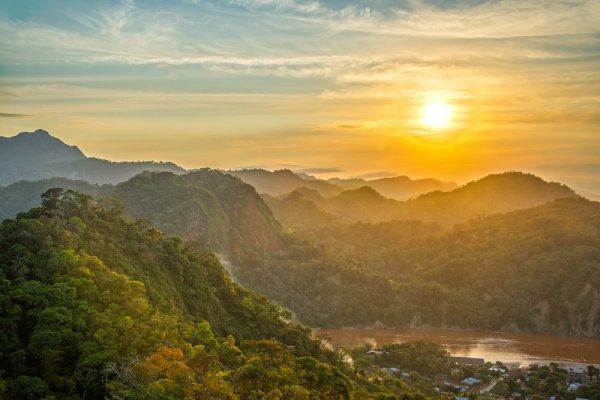 Sunset on top of Amazon mountain

Rurrenabaque is a blink-and-you’ll-miss-it town in northern Bolivia, set deep in the Amazon basin and only reached via a hair-raising small-plane ride from La Paz or via a harrowing 18-hour bus ride across impossibly high Andean peaks. Up until a few years ago, the runway at Rurre Airport remained unpaved so the ‘adventure of a lifetime’ started the moment you realized you’d be landing on what was, essentially, a strip of soggy grass. Paving notwithstanding, this is still a most epic jungle trip. This is the springboard for Amazonian adventures in the Madidi National Park, Bolivia’s unspoiled chunk of the Amazon Rainforest. To reach the heart of the jungle you’ll still have to face a half-day trip from Rurre which combines 4W driving and canoe riding (some walking too, in all likelihood) depending on river water levels yet, once you’re in Madidi, all your efforts will be handsomely rewarded. Leaving the chaos of modernity behind and stay in a secluded eco-lodge deep in the heart of the jungle. Swim with pink dolphins, dodge caimans, spot sloths, yellow and blue macaws, search for anacondas and tapirs and marvel as tribes of capybaras bask on the river’s shores. This is Bolivia’s largest protected wilderness area and one of the most biologically diverse treasures on earth.

It might take a while to get here but when you do, you’ll never want to leave. Visit the Rurrenabaque region, deep in the Amazon on this journey to the heart of the Madidi National Park. 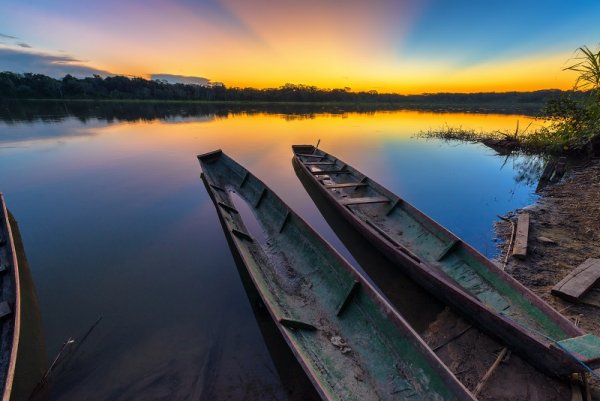 Colorful sunset on a boat

For an idyllic Caribbean island getaway. Explore opportunities in Colombia.

It’s hardly surprising that Colombia makes this list given the country is the poster-child for ‘hottest new discoveries’ in travel circles. The country isn’t just gorgeous and brimming with incredible natural, cultural and historical wonders (that, it has always been) but it is now also safe, totally open to tourism and quickly rising in ranks among the top destinations in South America. Hubs like Medellin, Bogota and Cartagena regularly feature in must-see guides to the continent so, to this end, we thought we’d introduce you to the real paradise island, the one by which all others should be measured. 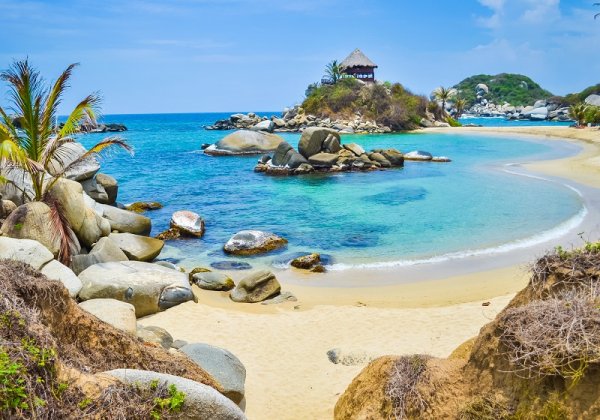 Isla de Providencia is a mountainous tropical haven, a tiny speck of gorgeousness floating happily in the Caribbean and part of the San Andres Archipelago. Much like Rurrenabaque, Providencia is also rather pesky to reach due to its remote locations yet when you’re out hunting for unknown treasures a little effort is certainly called for. Isla de Providencia isn’t just a natural stunner of untold proportions but it’s also an authentic cultural hub. Out here, so far away from the rest of the world, life has remained unchanged, unhurried, traditional and laid-back. Aside from the azure seas, corals teeming with marine life and insane snorkelling and diving, the local culture is a huge part of Providencia’s appeal.

Now, the great thing about Providencia is that it’s close to San Andres and that is one popular place indeed. That means there are direct flights from Bogota and Cartagena getting you at least two-thirds of the way there. The rest, by boat or 8-seater-plane ride, is just the icing on the cake. If you’re looking for a Caribbean paradise that seems to have fallen off the edge of the earth…this one’s it. Commercialization is held at bay by the fact that most of the island is part of the protected Blue Lagoon National Park, so unplug that phone and pack the snorkel and sunscreen instead. 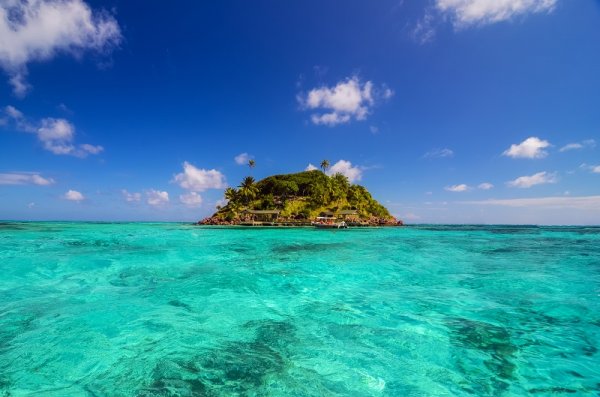 That ‘out there’ Andes hiking experience. Book your trip to Ecuador here.

You want to hike the Andes and you don’t want to see a single tourist for the entire time. Too much to ask? Not if you set your sights on the Quilotoa Trail in Ecuador! 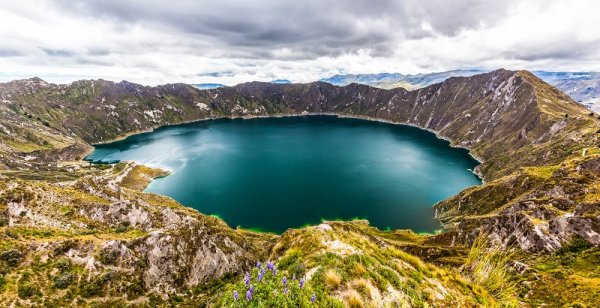 The Quilotoa Loop is an interconnected maze of trails that stretches for over 200km in its entirety across the Ecuadorian Andes, offering a plethora of options for hikers should they wish to hike for a day, or 5 or, if they get lost, forever more. The crown jewel of the region is the resplendent Quilatoa Lake, a volcanic caldera almost 4,000m in altitude that collapsed and filled with water over six centuries ago. The lake itself is immensely impressive and it takes about 5-6 hours to walk around the rim of it alone, which is a splendid endeavour of its own accord. Although popularity in this stretch of the Andes is certainly growing (the town of Quilotoa is about half way between Quito and Ambato, and over to the west) the tourist numbers here are smaller than elsewhere across the Andes and, if you meet others, it will be just around the lake. Set off on a multi-day trek hopping between rustic guesthouses across the tip of head-spinning Andean peaks and you’ll have the place to yourself. And maybe a couple of llamas but they won’t bug you much, promise. You may just want to take a local knowledgeable guide with you though, the bit about getting lost was no joke. 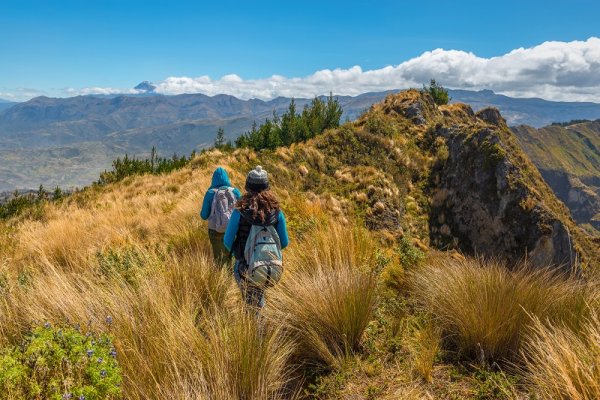 For a true wild (north)west experience. See all trips to Argentina here.

When you think of Argentina’s wildest mountainous regions, visions of Patagonia spring to mind yet the country actually boasts a true untrodden frontier that greater resembles the kind of deserted landscapes one associates with the Wild West. The Salta Province has been a favourite among small group tours for years as it may remote and for the most part unspoilt, yet still boasts enough infrastructure which makes extensive touring possible. The base-town of Salta is a colonial treasure, infused with ancient and more modern cultures which offer unrivalled experiences beyond the arresting landscapes. The wine-growing region around Cafayate is resplendent and the breath-taking rocky gorges of La Quebrada astonishing. In this region of northwest Argentina, you feel as if you are in the middle of an ethereal nowhere. And that’s because you really are. 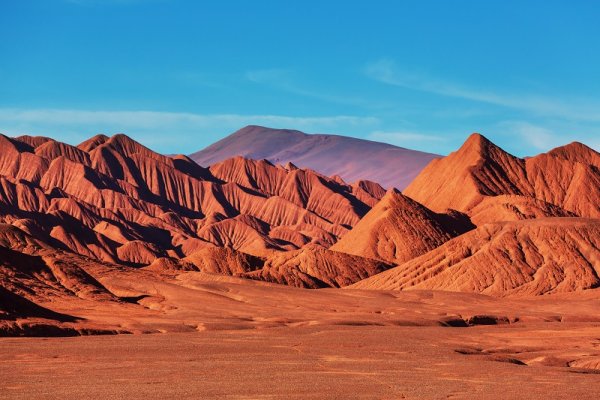 At Viva Expeditions, we’ll take you on and way off the well-trodden trail through South America, sharing our passion and knowledge of the continent to create tailor-made and group tours that’ll make for exceptional adventures. No matter where, when, how or for however long…we offer the top destinations in South America – remote or renowned – and do all the hard logistical work so all you have to do is pack and set off.