You many never even heard of these islands, let alone know where they are, how to get them, and why you should go! Let's take a look at these remote and off the beaten track destinations.

All about the Sub Antarctic Islands – your guide to exploring a unique and wonderful part of our world! 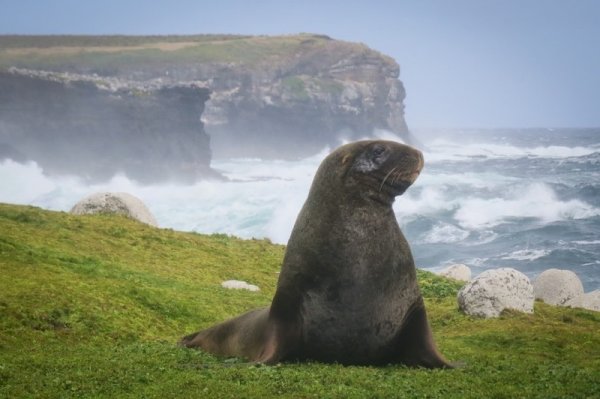 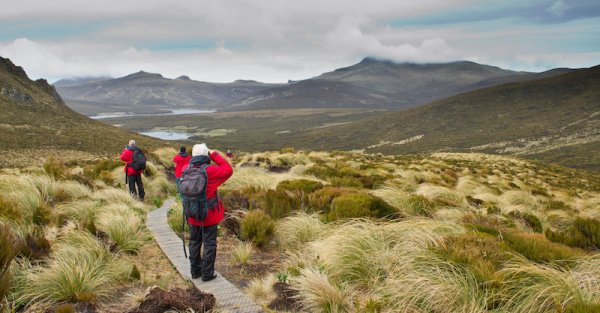 The Sub Antarctic Islands, what do you mean?

The Sub Antarctic Islands are comprised of six groups. There are five groups; the Snares, Bounty Islands, Antipodes Islands, Auckland Islands and Campbell Island that belong to New Zealand, and one, Macquarie Island, that belongs to Australia. These islands are small and remote, yet they are abundant with flora and fauna, including many endemic species (found only on these islands). They are all nature reserves and protected UNESCO World Heritage sites. 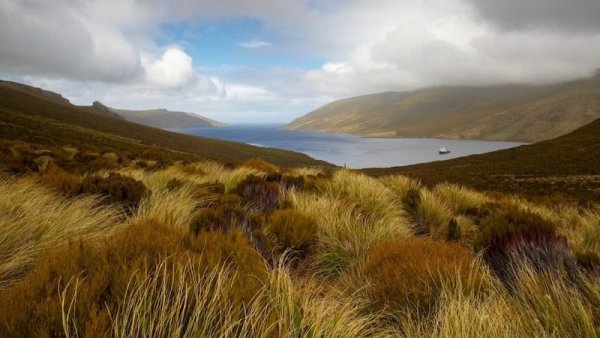 The Snares consist of the main North East Island and the smaller Broughton Island as well as the Western Chain Islands. Maori, the indigenous people of New Zealand, were aware of these islands and one of the original names for the larger island was Te Taniwha (the sea monster). They were first sighted by Europeans in 1791 onboard the HMS Discovery and the HMS Chatham. The group of islands became known as the Snares as one of the captains considered them a shipping hazard. The Snares have remained uninhabited and were lucky to avoid the havoc caused by the whaling and sealing industry in the 19th century (for example no mice were introduced), so remain one of the last pristine areas and a wildlife haven. 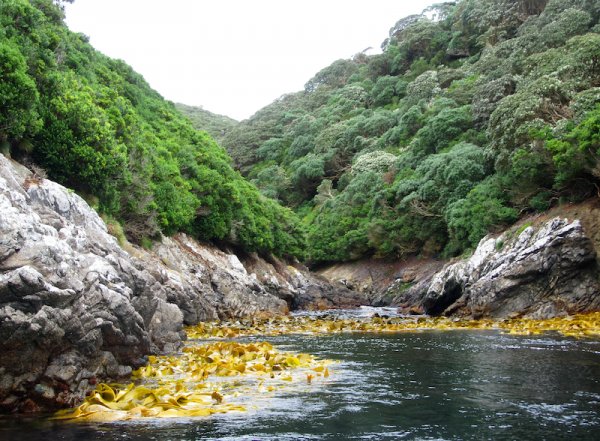 The islands provide a home to endemic bird species, such as the Snares penguin, the Snares snipe, and Snares tomtit. North East Island is forested and is the world's premier breeding area for the sooty shearwaters, with up to three million individuals being present during the breeding season (November–April). Also, a breeding ground to the southern Buller’s mollymawk, the Salvin’s mollymawk, New Zealand fur seals, and New Zealand sea lions (Hookers sea lion). 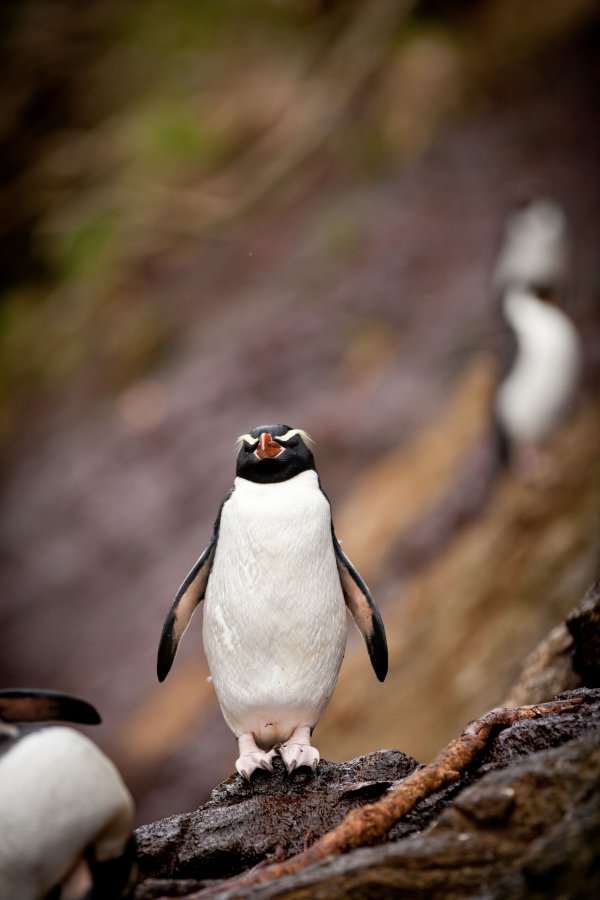 Mega herbs grow on the island. These are perennial wildflowers, characterized by their great size, with huge leaves and very large and often unusually coloured flowers and has evolved as an adaptation to the harsh weather conditions on the islands.

Activities: These islands can be explored from the coast, using zodiacs for explorations. Due to the pristine nature of the islands, landings are not permitted. 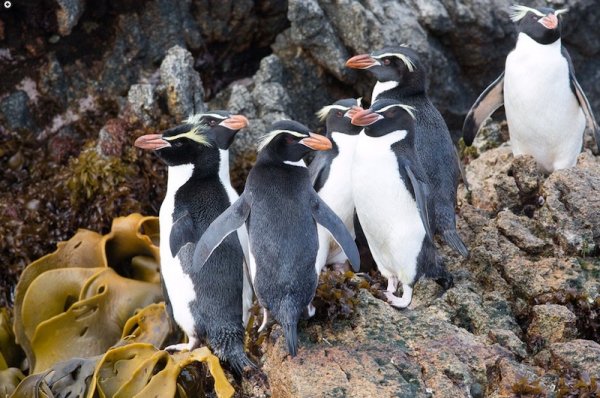 Yes, these islands were discovered by Captain William Bligh in 1788, just months before the mutiny on the Bounty, and the islands are named after this infamous ship. In Maori they are known as Moutere Hauriri or “angry wind”, due to the conditions found in these remote southern islands. Unfortunately, they were a popular hunting ground for sealers in the 19th century, but are now protected. 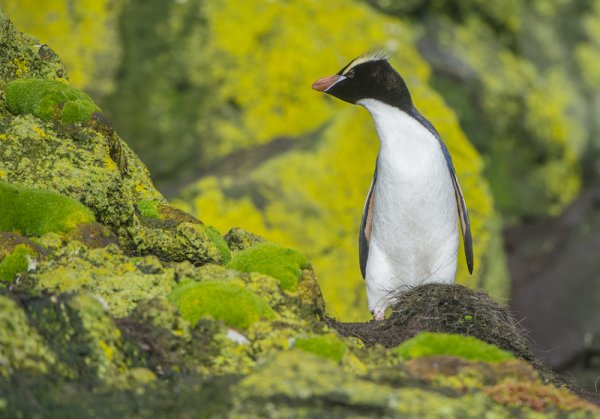 The Bounty Islands can be smelt and heard from afar, as every available rock that is not regularly swept by the sea is covered in New Zealand fur seals and seabirds, particularly during the summer breeding season. The islands have the world’s largest breeding colony of New Zealand fur seals (Arctocephalus forsteri), with over 20,000 somehow squeezing on amongst the birds. There are around 30,000 breeding pairs each of Salvin’s mollymawks (Thalassarche salvini), erect-crested penguins (Eudyptes sclateri), and fulmar prions (Pachyptila crassirostris), and around 500-600 pairs of the endemic Bounty Island shag (Phalacrocorax ranfurlyi).

Activities: Exploration from the coastline, as landings are not permitted to protect the islands. 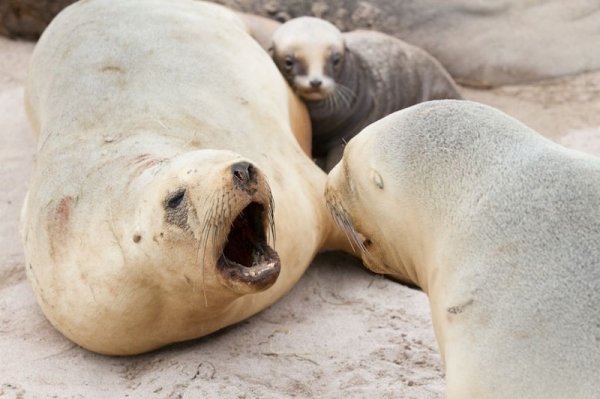 These volcanic islands were originally called the "Penantipodes" meaning "next to the antipodes" because they lie near the antipodes of London. These are one of the lesser-known and visited groups in the Sub Antarctic’s. They have remained uninhabited, aside from a few groups of sealers who made their way there in the early 19th century and almost wiped out all seals on the islands.

The islands are covered in tussock grasses, ferns and mega herbs. The Antipodes are home to numerous bird species including the endemic antipodes snipe, antipodes parakeet (known for its meat-eating habits!), Reischek's parakeet, as well as several albatrosses, petrels and penguins, including half of the world population of the erect-crested penguin. 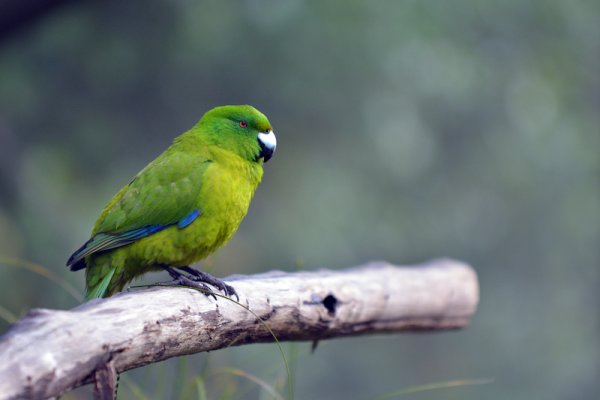 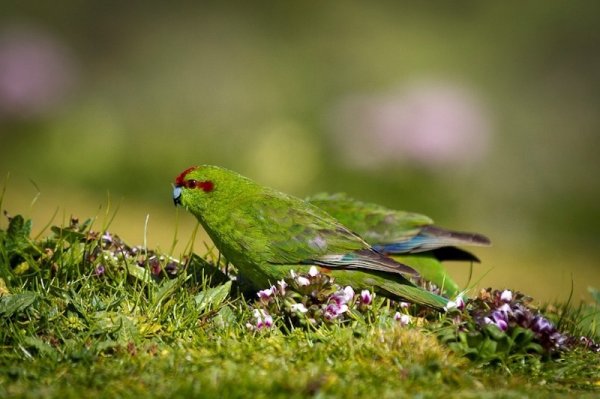 These rugged volcanic islands are the largest in the group, with the richest flora, the largest number of sub-Antarctic invertebrates and some of the rarest birds on earth. Although they are now uninhabited, they have a rich human history, the iwi (tribal group) Ngāi Tahu traditions include stories of expeditions to the Auckland Islands to gather food and other natural resources. Then in the early 19th century whalers and sealers set up temporary bases when the islands became one of the principal sealing stations in the Pacific. There was also an ill-fated planned settlement on Enderby Islands, and numerous shipwrecks. The Auckland Islands are important seabird breeding grounds, especially for the rare yellow-eyed penguin, with a high proportion of the population breeding on Enderby Island. 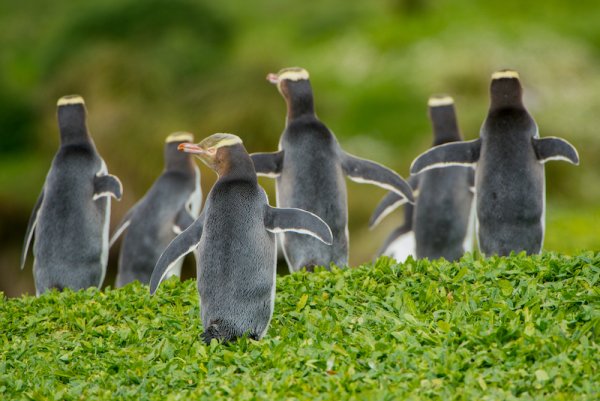 Most of the world's population of white-capped mollymawk breed here (some 90–100,000 on Disappointment Island) along with Gibson's wandering albatross on Adams Island, the sooty shearwater and the endemic Auckland shag. There is also an abundance of albatrosses, penguins and petrels. While the Auckland Island snipe, Auckland Island teal, Auckland rail and the tomtit are all endemic to the Auckland Islands. 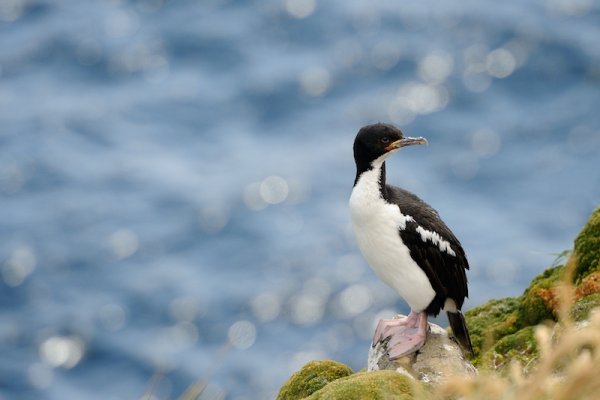 Activities: You are allowed to land and explore Enderby and Auckland Island with a permit. 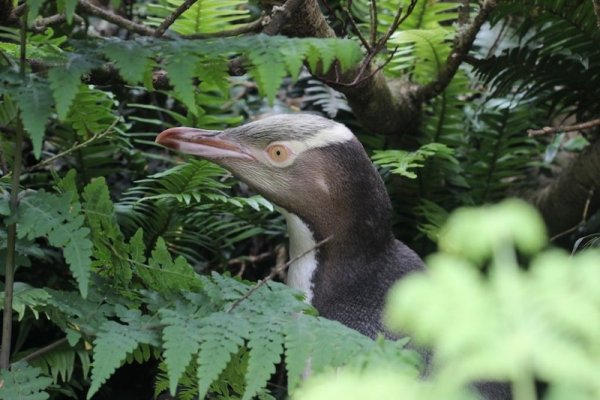 Lying 700km south of New Zealand, Campbell Island was not discovered until January 1810 by Captain Frederick Hasselburgh of the sealing brig 'Perseverance'. Sealing became the first industry, followed by whaling, and later a farm was started on the island. Nowadays the islands are uninhabited, and nature has made a comeback. Campbell Island is home to six species of albatross, including black-browed, grey-headed, light mantled sooty and a small population of Gibson's wandering albatross. Several critically endangered birds are endemic to the Campbell Island group including the Campbell Island teal (Anas nesiotis) that were reintroduced in 2004 after an absence of many years. 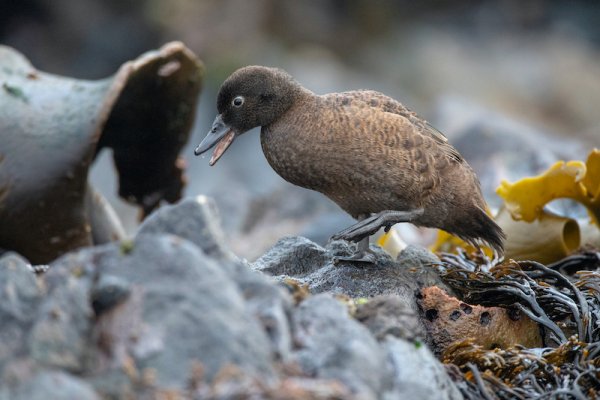 The island is also known for its mega herbs, in particular fields of giant wildflowers.

Activities: It Is possible to walk and hike on Campbell Island, as well as explore the coastline by zodiac. 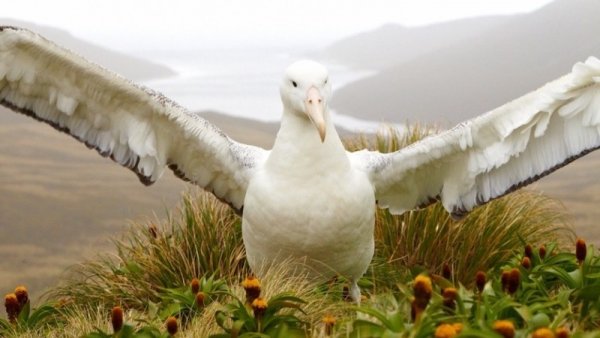 A natural wonder of the world, Macquarie Island is the only place on earth formed entirely of oceanic crust and rocks formed on or below the seabed. It was discovered in 1810 by sealers, although an ancient wreck was reported, so there is some speculation that the islands may have been discovered by Polynesians prior. The sealing era on the island lasted from 1810 to 1919, and has left shipwrecks, and relics including pots, casks and hut ruins. 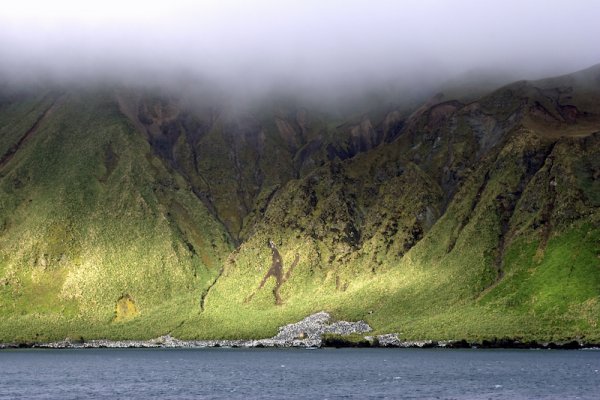 Beautiful Macquarie island is a breeding place for many of the Southern Ocean's birds and animals, around 3.5 million seabirds arrive each year, many of which are penguins including royal, gentoo, southern rock-hopper and kings. The island is home to the worlds entire royal penguin population during their annual nesting season. Also, home to 4 albatross species and three types of fur seals, along with an estimated one-seventh of the world's population of elephant seals.

Activities: Landings and shore excursions on the island are possible 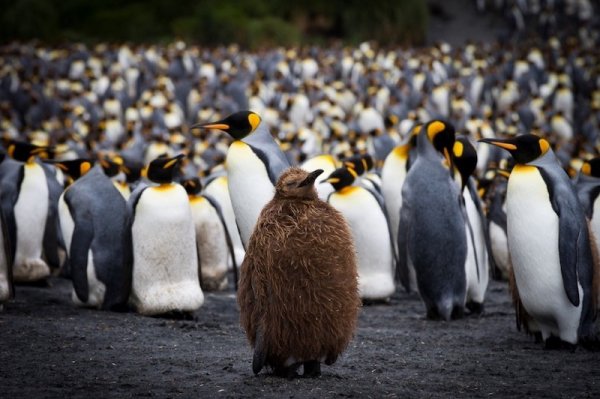 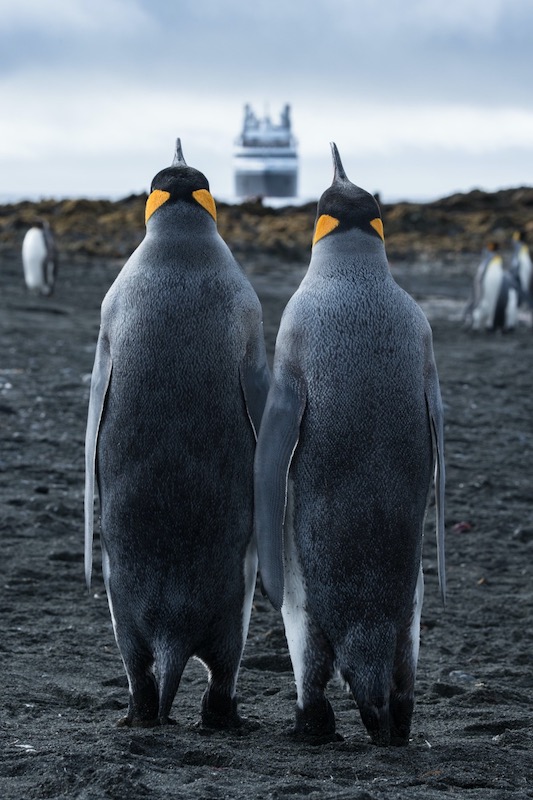 Where are the Sub Antarctic Islands? 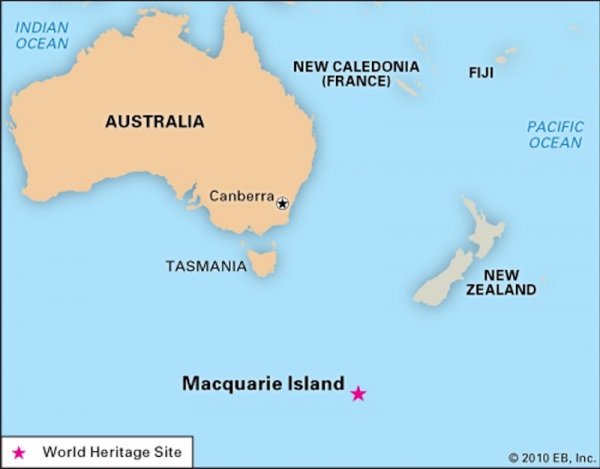 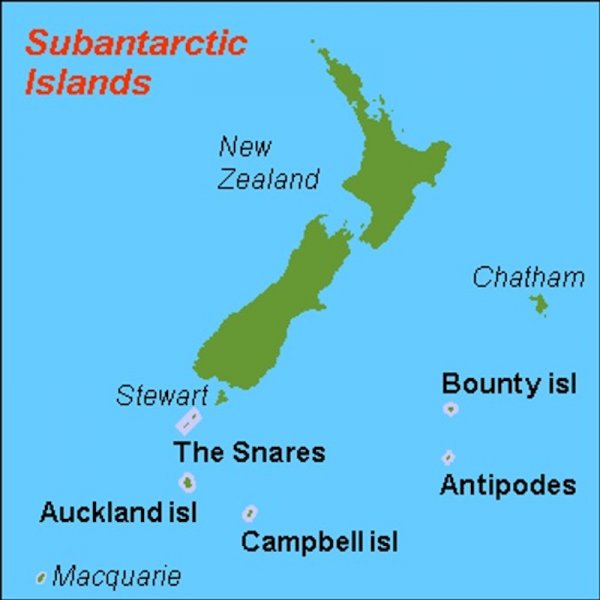 When should I go to the Sub Antarctic Islands?

As they lie in the Sub Antarctic zone, which has a cool climate, expect a cold, cloudy, wet and windy climate. But that is what makes these islands unique. Visits take place in the Southern Hemispheres Spring/Summer months, November to March. 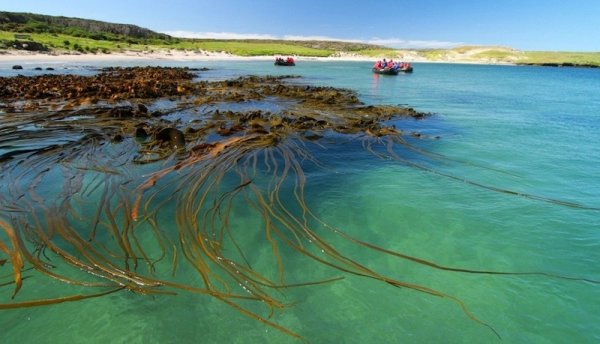 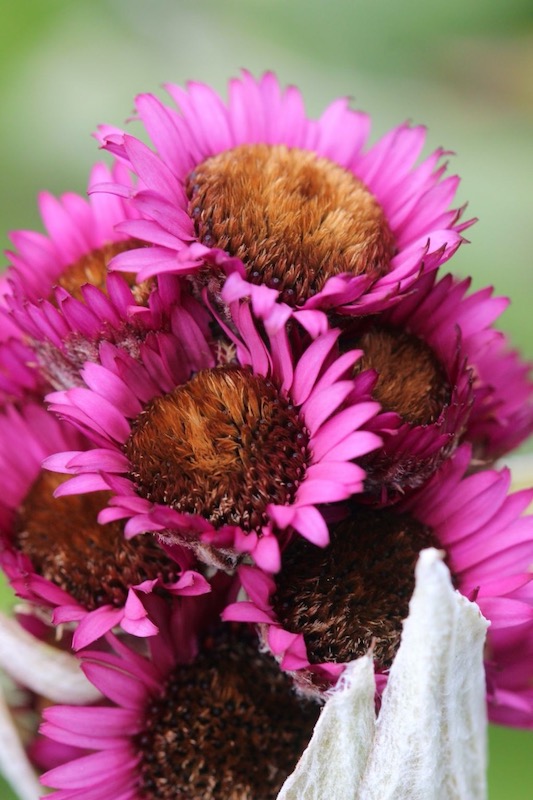 How do I get to the Sub Antarctic Islands?

As special permits are required due to the protected nature of these islands, and of course a seaworthy vessel designed for these waters, you will need to join an expedition cruise. These small ships are equipped with zodiacs, that will get you close to the water and wildlife and allow you to explore the coastlines and make shore landings. The expeditions vessels themselves can be used as viewing platforms, watch albatross and sea birds soar overhead! By joining an expedition, you will also get the benefit of the extensive knowledge and passion for the region from the leaders and guides onboard. 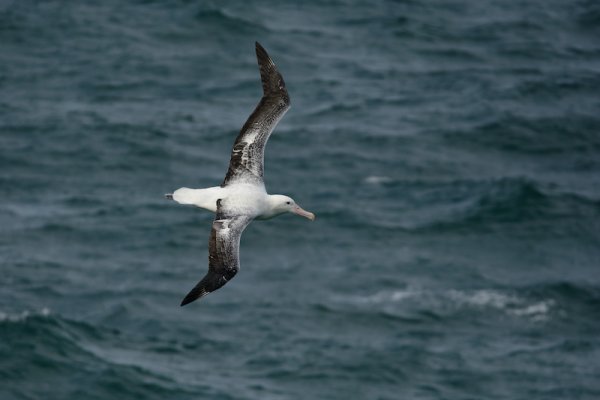 Expedition cruises will visit some or all of the Sub Antarctica Islands, depending on the duration of the cruise, other expeditions visit a few of the islands en route to the Antarctic, so you get to visit another exciting destination on the same trip!

Want to spot rare penguins, seabirds and flora that very few in the world have had the chance to witness? Keen to get off the beaten track and discover the remote corners of our world? Feel like taking some quiet time away from the business of life and enjoy a pristine environment?

Then join an expedition to the Sub Antarctica Islands today – check out some great options here: 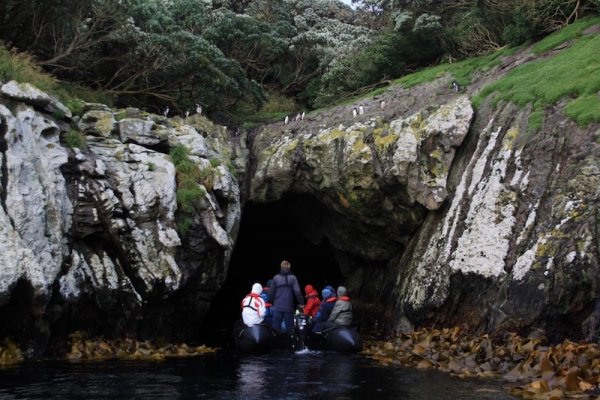 Birding Down Under: Subantarctic & Chatham Islands

An epic exploration of the sub Antarctic islands of New Zealand and Australia for nature and wildlife lovers, a true birders delight

Stories from COVID-19 – A quick exit from Colombia

My favourite places in Chile – tips from a local!

All you need to know about visiting Chile.