The history of Argentinian wine industry

Taste your way through Argentina,one delectable wine drop at a time.

Find more about our trips in Argentina

Considering the fact Argentina is nowadays renowned for being home to  some of the most respected vineyards in the world, the country’s love affair with wine is still very much in its honeymoon phase. Having only being relatively recently discovered by the foreign market, Argentinian wine is now lauded as one of South America’s most outstanding exports and is, without a doubt, one of the most sought-after highlights of a visit to the country. For whether or not you’re a wine connoisseur, matter little: no trip to Argentina would be complete without a wine-tasting tour of its most prestigious wine-growing regions.

Stretching the entire length of the impressively vast country, on the western slopes of the picturesque Andean Mountain range, Argentina’s wine-land showcases the country’s topographical diversity and adaptability. A tour de force to the best vineyards is a sightseeing journey of discovery and stupendous landscapes. From the mesmerizing high-altitude arid valleys of Salta though the luscious central hubs of Mendoza, and further south to the harsh yet spellbinding Patagonian region, the discovery of wine in Argentina is a journey for all the senses. 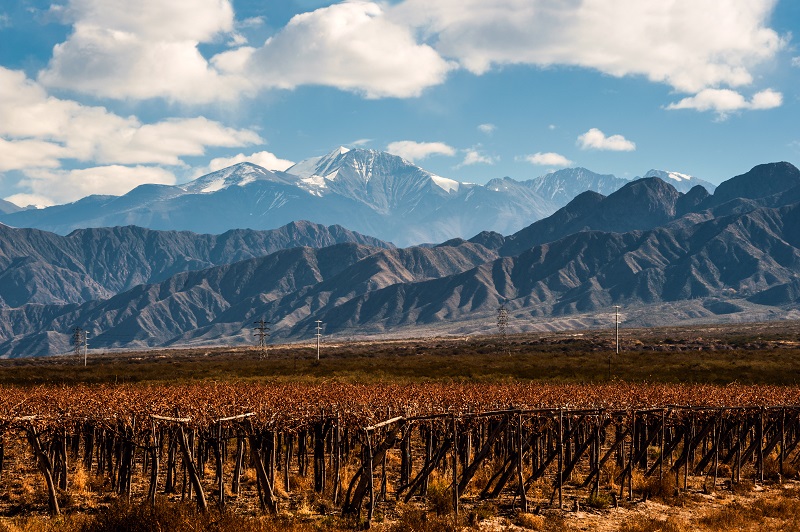 A vineyard surrounded by beautiful mountains

How did Argentinian wine making begin?

It’s fair to imagine that when 16th-century Spanish missionaries arrived in Argentina with young vines safely stashed in their luggage, they could not have imagined the pivotal role wine would eventually play in the country’s future. Especially when you consider that the first grapes grown, most from the popular Criolla variety, turned out to be less than stellar. Yet Criolla would evolve to become the basis for Argentina’s – and South America’s – venerated wine-making industry, more than three centuries later. Interestingly enough, neighbouring Chile was the first country to actively pursuit world-class vines, going as far as collaborating with North American winemakers to refine their skill and product. The initial Chilean success story was just the impetus needed by their Argentinian counterpart, who took note and followed suit. The world seemed to notice at once that these immensely fertile, unpolluted lands had the potential to produce superlative drops and European (and US) investment soon followed, bringing much-needed equipment and know-how to countries with much promise but minimal experience. The wine-making industry in Argentina and Chile evolved concurrently and the two countries enjoyed, and continue to enjoy, a very healthy wine-rivalry.

Thanks to a large number of emigrants living in countries all over the world, Argentinian wine became renowned, internationally, long before commercial exports soared. In fact, for many years, the only ones who drank Argentinian wines were Argentinians – either at home or abroad – with the mass-export of wines only starting in earnest in the last two decades.

What Makes Argentinian Wine So Delicious?

Speak to an Argentinian viticulturist and he (or she) will tell you that contrary to popular belief, the best wines come from the most unlikely of places, the harshest of soils and from grapes grown in what seem to be the most unfavourable conditions. Whilst true that sun, soil, water and climate eventuate dictate how good a wine you can produce, Argentinian experts believe that what makes an exceptionally tasty wine is one produced from a vine that, quite literally, has to fight the elements to grow its grapes. Stress, they say, is what makes a vine grow fewer clusters of grapes yet each one carrying a much greater intensity of flavour.  Their apparently harsh wine-growing regions, certainly not as  ‘idyllic’ as you may be used to, are simply perfect for creating heavenly wines.

And it’s hard to argue that logic when sipping one of the country’s very best drops. 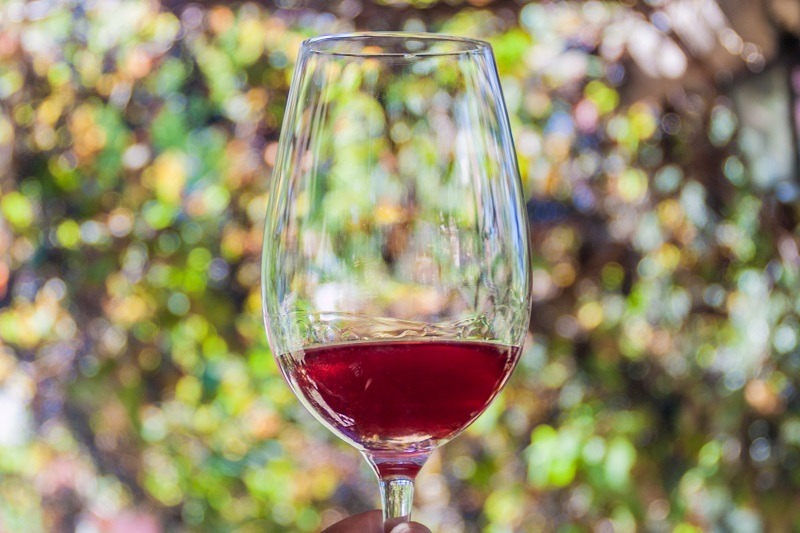 Are you ready for a wine-tasting

Revered primarily for producing the best Malbec and Torrontes in the world, Argentina showcases its best wines at every chance, so even if you don’t have time to tour one of the many vineyards scattered all over the country, you’ll certainly be able to drink as if you have. These two best-known varieties are very specifically grown in Mendoza and Salta, respectively, regions that seem to lend themselves perfectly to their singular varieties. Not only have other countries tried to grow the same varieties in vain, but even within Argentina, reproduction has failed. For whatever mysterious reasons, Malbec grows best in Mendoza and Torrontés in Salta.

Although there are several single vineyards located elsewhere  (even just outside Buenos Aires) the main wine-growing regions in Argentina are essentially located in the north of the country (Salta and Catamarca) the centre (Mendoza and San Juan) and the south (Patagonia). Nit is here that you’ll find the most intense concentration of vineyards as well as established wine-tasting routes that make touring a delightful breeze.

The high-altitude vineyards in the north-western Calchaqui Valley have the added bonus of offer some of the most spectacular scenery in the entire country. The highest vineyard in the world is found here (Bodega Colome’) located at a breathtaking 3000m in altitude. The oldest winery in the country has been in the business for more than 180 years and it is said that the three originally vines which started the vineyard are still used to this day. The sun’s higher UV concentration is said to be beneficial to vines, enticing them to create thicker skin for their grapes (to protect them) encasing a higher concentration of sugar and flavour in every grape. The dramatic temperature change between night and day is also said to contribute greatly to a more flavour some drop. Nowadays, the greater Calchaqui Valley produces just 3% of Argentinian wine, and is revered for its excellent Torrontés, Malbec and Cabernet Sauvignon. 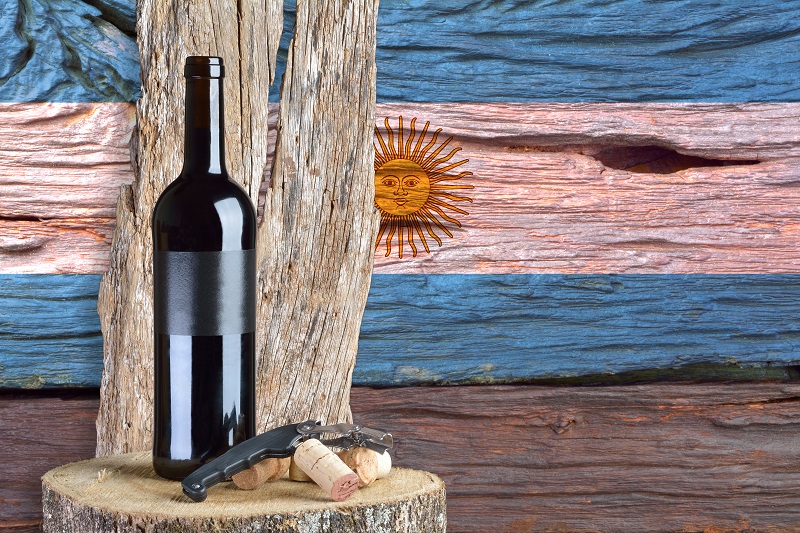 Argentina is the number one producer of wine in South America

The most famous wine-growing region of all, Mendoza is synonymous with all that is so precious and revered about Argentinian wine. Boasting a year-round very sunny disposition, the areas of Mendoza, La Rioja and San Juan are the country’s most prominent wine-growing regions and have, nowadays, become household names the world over. Mendoza, in particular, has become synonymous with the very best of Argentina’s wine. The lack of rains in this region is considered a massive plus, as it allows winemakers to fully control the vines’ irrigation. Torrontes, Viognier, Malbec and Syrah are the main varieties grown here, in vineyards that still boast an impressive average altitude, around 1200 metres. Almost 70% of the country’s entire wine production originates from this central wine-growing valleys. 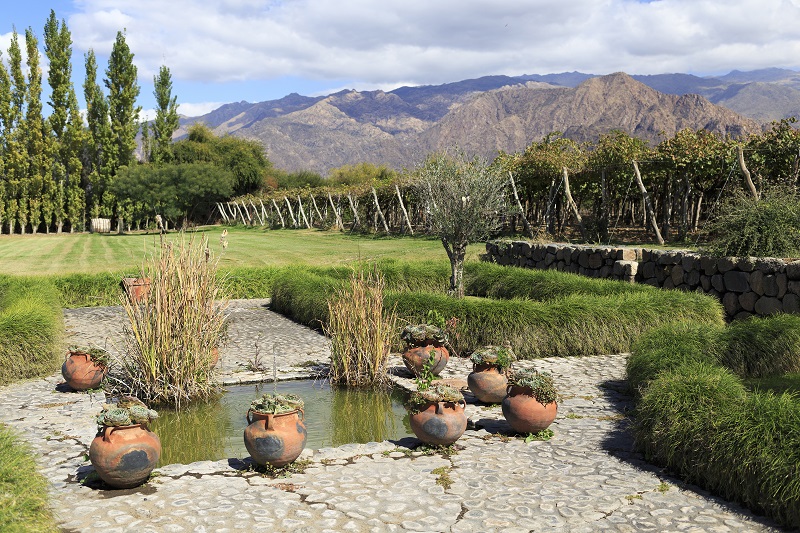 Mendoza is a must-see for wine lovers

The most visually spectacular of Argentina’s wine-making regions, Patagonia is, inarguably, the biggest surprise of all. It is a wonder how such a delicate fruit can thrive so well in what is often described as one of the world’s least hospitable places. Yet the youngest region to embrace wine-growing in Argentina is also swiftly showing its potential, especially for Pinot Noir, Merlot and Sauvignon Blanc, which seem to blossom in these chilly and windy Patagonian conditions. Wines from this region are said to be fruitier and much richer, with the mineral-enriched soil gifting bursts of flavour, whilst climatic conditions stressing vines to an optimal level.

Epicurean journeys through Argentina’s most spectacular countryside are a fantastic way to see, taste and experience the very best the country has to offer. And because we truly believe in this, we’ve created a few sensational itineraries that are designed to please the taste buds, the eyes and, naturally, the adventurous soul. For more inspiration and information, visit our Wine, Dine and Dance in Argentina page and our general Argentina Travel page to see what other brilliant destinations you can add to your itinerary. And as always…we’re here to help. Visit our VivaExpeditions page for contact details and let our team help you plan your vini cultural journey of a lifetime.

Find more about our trips in Argentina

Learn more about Argentina on our blog

Discover stunning Patagonia on this 9 day adventure, from Santiago to El Calafate (or vice versa), this combines perfectly with an Antarctic cruise!

Six Pro Tips for Taking the Best Photos in Antarctica

How to Find the Best Antarctica Travel Agent