Buenos Aires City Guide – What to Know Before You Go

One of the hottest destination in the world at the moment, Buenos Aires is also one of its most exciting, colourful, vibrant and addictive. And we’re not just talking about the vino. With her grand architecture, charming neighbourhoods, fantastic shopping, great food and myriad of cultural and historical attractions, this superb grand metropolis dame ticks all the travel boxes you could ever dream up. What’s more, Buenos Aires being Argentina’s prized capital, it means that reaching the country’s revered highlights is easy and inexpensive.

Whether in a swift stopover or a more leisurely tour, Buenos Aires is sure to captivate you the way few big cities ever could. 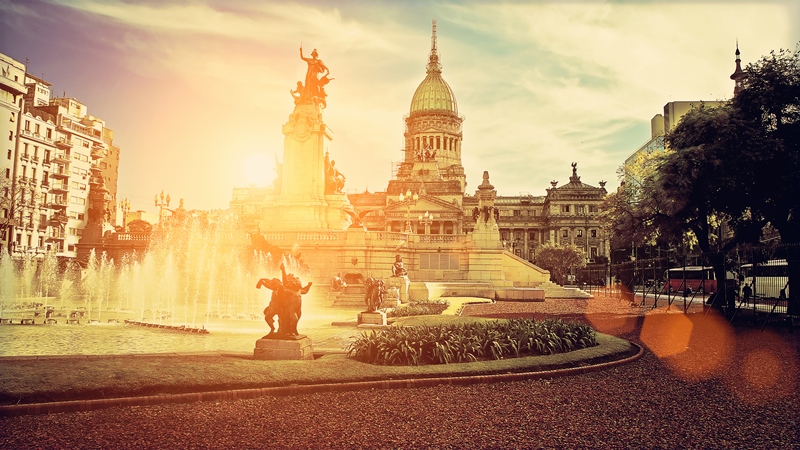 Buenos Aires through the years

Steeped in interesting and at-times troubled history, Buenos Aires is lovingly nicknamed ‘The Paris of South America’. Spend just one day meandering through the trendy alleys of San Telmo and you’ll certainly see why that is. Built on the back of mass exportation of fresh produce and prime minerals in the early 1900s, the city (much like the country) enjoyed tremendous economic strength for the great part of the last century. By the time the catastrophic collapse of its economy in 2000, the local peso (ARS) was pegged at 1:1 with the US dollar and Buenos Aires, in particular, was so avant-garde and celebrated that she could have easily been confused with any prominent capital in Europe.

And then it all came crushing down.

Had you visited Buenos Aires during the past two decades, however, all you would have noticed was that everything on offer was of world-class quality, except everything was now a tenth of the price it used to be. The double-edged calamity sword meant great despair for locals – who lost their savings and investment overnight – but a great surge in tourism numbers. Having slowly crawled its way back to relative prosperity, Argentina is still trying to pick up the pieces and rebuild some kind of normality. At time of writing 1 USD buys you about 17 ARS.

Inflation has somewhat settled and Buenos Aires now boasts living costs which are about 50% lower than New York, Sydney and London. In tourist-prone areas and when it comes to designer shopping or fine dining, however, BA isn’t nearly as ‘cheap’ as it used to be. Having said that, considering the modernity, infrastructure and sheer options offered tourists, Buenos Aires still remains one of the most value-for-money destinations in the world.

It just helps that it’s she’s also as sexy as hell. 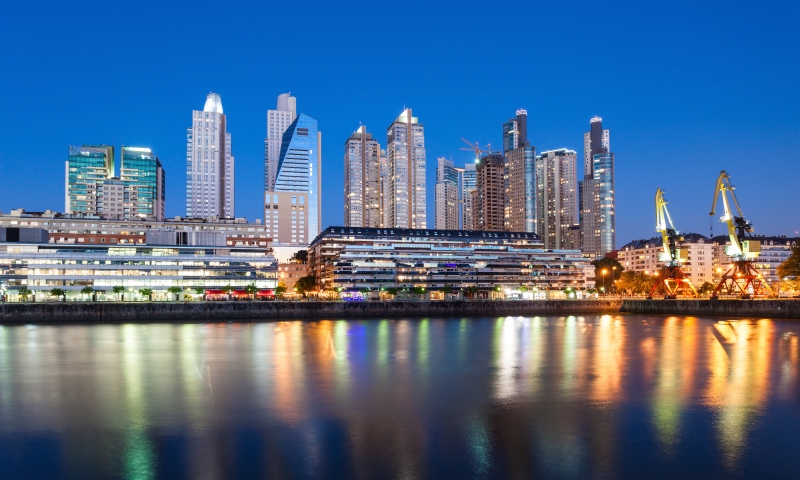 Let’s get down to business: Buenos Aires is intimidatingly huge. It is. But you’ll be happy to learn that the neighbourhoods (barrios as they are locally known) you’ll be most interested in are compact, easy to navigate on foot and, more importantly, close to one another. Considering the city boasts a comprehensive bus system and safe and comfortable taxis, getting out and about is actually quite fast and enjoyable.

Here are the most popular barrios to get lost in and most convenient hoods in which to stay:

The newest kid on the block is fast emerging as a popular luxury accommodation choice, especially for stopover visitors. Centrally located and boasting a gorgeous riverside dining strip, and right next door to San Telmo, Puerto Madero is new, clean and listening. Although it does lack the authentic charm found in more historic quarters, its proximity to them makes it a very fine option indeed. Ideal if you don’t mind using taxis to get out and about.

Oozing charm and romance at every turn, San Telmo is Buenos Aires’ most historic nook. It’s everything you dream romantic BA to be: it’s softly-lit cobbled alleys and tango tunes wafting from charming café windows. Trendy art museums and cool craft stores, delightful hidden restaurants and wrought-iron balconies adorning colourful historic apartment buildings. San Telmo is art of the street, and tourist crowds and fantastic evening entertainment with tango bar patrons spilling out onto the squares. Want to be in the heart of the action? Then here’s where you’ll want to stay.

Monserrat – San Telmo’s next door neighbour boasts a much more convenient metro line and its lower costs attract a healthy backpacker crowd. Architecture wise, Monserrat can be just as charming as San Telmo, although due to it being not nearly as gentrified there are some sections you may want to steer clear of, after dark.

Recoleta is like San Telmo, all grown up. Grand avenues, opulent mansions and stunning gardens hide a collection of luxury hotels, elegant B&Bs and celebrated restaurants. With the quality of shopping and architecture befitting its image, Recoleta is the city’s premier classy hood and suits those who don’t mind adding a considerable taxi budget to their daily spending. 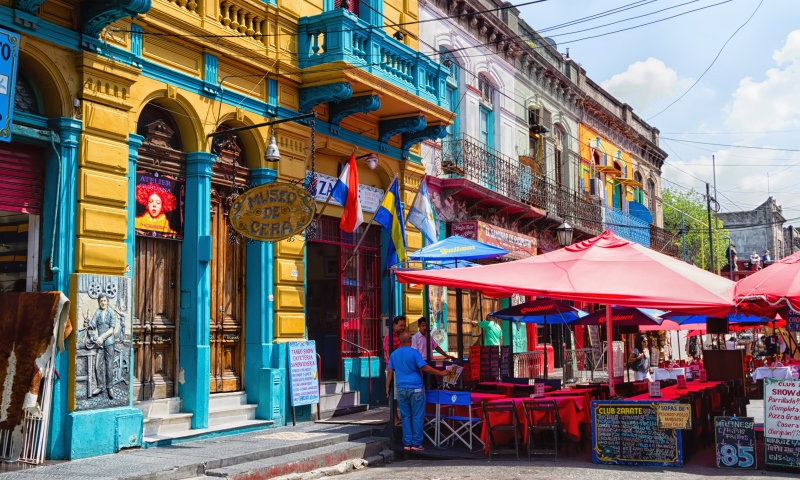 Barrio Norte – The ideal compromise between luxury and affordability

A great compromise between the abovementioned two, Barrio Norte is class and elegance with enough of an edgy arty feel to make it less expensive but just as enticing. A lively and popular central strip stays busy and happening after sunset, making this another fab barrio to stay in to indulge in a nightcap and some tango shenanigans. Ease of public transport from here makes this a very popular choice, so you’ll find Barrio Norte busy at all hours of day and night.

Microcentro – For premier shopping and sightseeing

Downtown Buenos Aires is home to many of its best highlights, including the Obelisk, the famous plazas, the government buildings, theatres churches and museums. Connected to every corner of the city via the underground metro, Microcentro is ideal for those who prefer to walk everywhere during the day, taking taxis to more night-time happening hoods after dark and for those who want to choose from the most comprehensive accommodation budget choices in town. 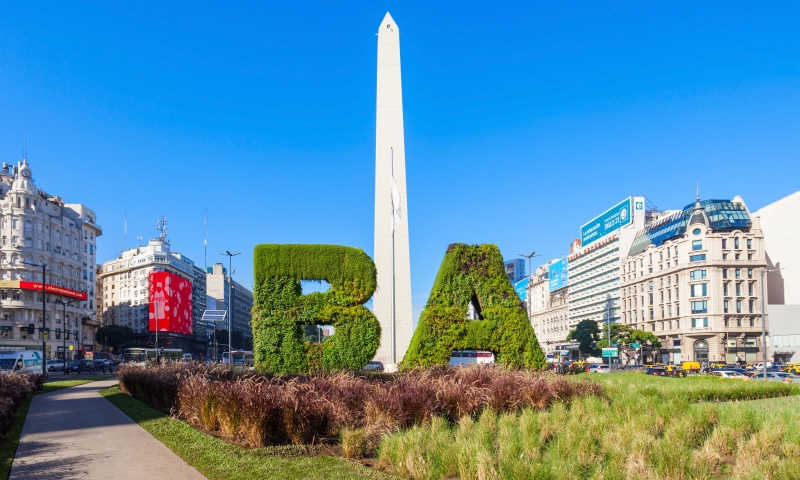 Old Palermo, as locals call it, is one of four districts in Palermo which also includes SoHo and Hollywood. As the name suggests, this is trendy hippy Buenos Aires, which attract a young discerning crowd of locals and foreigners alike. Super fashionable hotels, boutiques, cafés and restaurants line the cobbled streets, alongside parades of hip and trendy youngsters. Not very convenient for metro access, Palermo is the city’s green escape, where polo matches, horse rides, kayaking sessions, picnics and walks attract crowds in droves over the weekend. If you have days to spare when visiting Buenos Aires, do head to Palermo on a Sunday to see how the locals spend their leisurely days.

What to see and do in Buenos Aires

You’ll no doubt know that shopping, tango-show watching and dining are the city’s premier past-times. Here are a few more of her favourite things:

Plaza de la Republica  - With its imposing obelisk looking over the city, it's one of the city’s busiest avenues

Plaza de Mayo - Evita immortalised Plaza de Mayo the day she stepped out into the balcony of her Casa Rosada. A meeting point and historic site for prominent protests and political occurrences, Plaza de Mayo is both sobering and very delightful. Highlights include the imposing Metropolitan Cathedral and the beautiful Cabildo building, the former colonial-era seat of government.

Teatro Colon - The most celebrated theatre in Buenos Aires, if not all of Argentina, is an acoustic treasure and one of the city’s best architectural gems.

La Boca - Between all the football mania and colourful houses, not to mention ubiquitously photographed El Caminito, your attention will be more than challenged in this charming side of town.

Recoleta cemetery - It may seem strange to spend a few hours gawking over the headstones of the dearly departed, but when those departed are some of the most famous characters in Argentina’s history, including the Perons, it becomes a popular tourist attraction.

Plaza Dorrengo weekend markets - A bustling trade has been thriving here for over 300 years. Only one of the many weekend markets held all over Buenos Aires, this is the one you won’t want to miss. 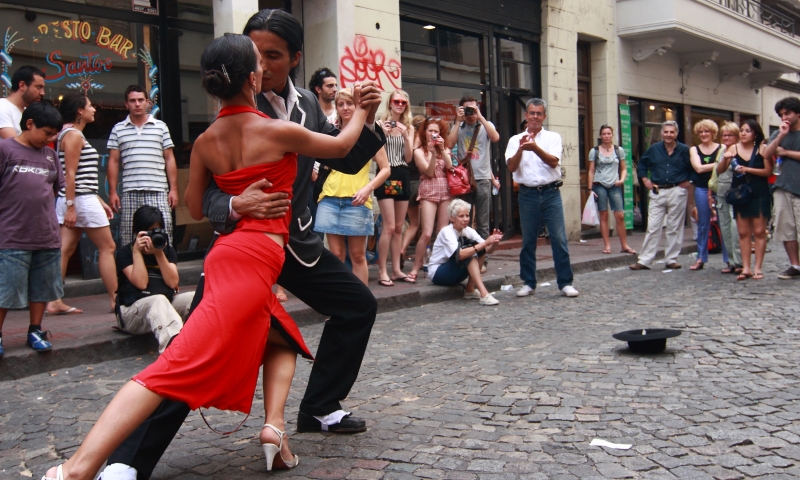 The city of a million and one delights is superb to visit at any time of year so let hits be the least of your worries if planning to visit various destinations within Argentina. Pick the ideal time for those first (be it Patagonia, Iguazu Falls or any other South America highlight) and then concentrate on what Buenos Aires offers at that time of the year. The heart of summer (December & Jan) it can get quite steamy in town, so make sure to include a few days at the beach (in Mar de Plata) and join the locals in refreshing dips in the Atlantic. Winter temps (in June & July) don’t dip much below 15C which actually makes for excellent sightseeing days. Christmas time (and the weeks immediately before and after) are the busiest and most expensive times of year to visit the Argentinian capital. 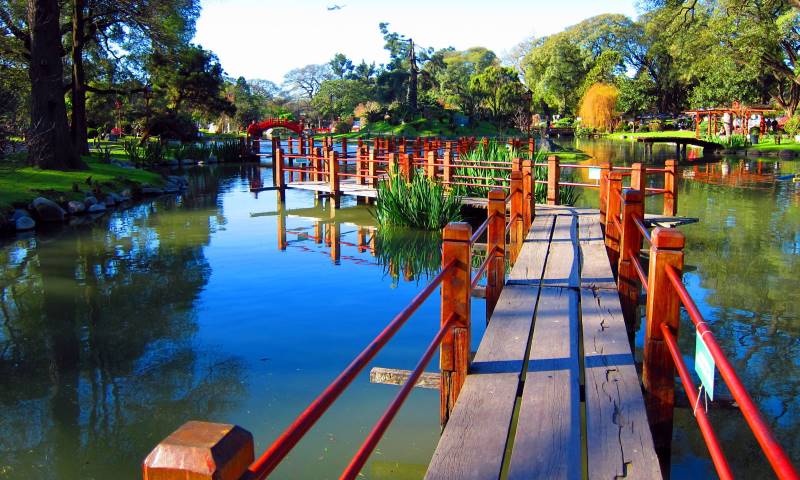 If you can choose, then don’t miss the city drenched in stunning jacaranda blooms in Spring (March, April & May). Perfect mild temps and lower visitor numbers make BA absolutely ideal.

Want to discover the most fascinating, fun and fantabulous capital in South America? Let us take you there! Here at Viva Expeditions, we offer unique Buenos Aires stopover tours and can incorporate multi-destination whirlwind tours to include some of the most celebrated sights in the whole country. For more Argentina itinerary ideas, help and advice, simply contact us.