Where exactly is Patagonia?

When people ask me what I do for a living and I say I work with tourists in Patagonia they often reply with an awkward smile as they rack their brain for recognition of this word.  For those of you doing that exact same thing right now, thinking "where is that??", let me ease your discomfort and introduce you this amazing area in South America.

Well if you ask locals in Chile they'll say it starts in Puerto Montt and heads south. If you ask the locals in Argentina they'll say from San Carlos de Bariloche heading south. So who's right? Well, they both are. Patagonia encompasses both Chile and Argentina, from these starting points all the way to the tip of the continent, approximately 3000km south.

The one word Chileans and Argentines agree on in regards to Patagonia is SOUTH.  When you look at a map it might not seem so far but let's put it into global context; if you look at the world map and start driving from the tip of Africa drive south for the length of Cairns to Melbourne, or Paris to the middle of Russia, or New York to Las Vegas, you still would not be level on the map with the end of the South American continent. In fact, the only thing further south is Antarctica and that's only 1000kms from South America's tip!!

How did Patagonia get its name?

The exact explanation of where the name Patagonia comes from is unclear. Most agree it has to do with the arrival in 1520 of Portuguese explorer Ferdinand Magellan.
When Magellan and his crew arrived at the southern section of the continent they often found big footprints on the shore and surrounding areas.  Bigfoot is known as "Patagones" in Portuguese and so Patagonia would be the "land of the big feet". Rumours of giants roaming the land quickly spread. Now, this might sound like an old wives tale; giants roaming the land - how silly. However, at this time in history, thousands of indigenous people did, in fact, roam the land.  Some groups, namely the Selknam/Onas were unusually tall (1.8m-1.9m) in relation to the Portuguese or Spanish (1.5m-1.6m). They were nomadic hunter/gathers and often made boots from the necks of guanacos. These boots would create a larger scale footprint in the sand.... perhaps mistaken for a giant??

What is in Patagonia?

Taking up almost half of Chile and a third of Argentina another word you'll hear a lot of locals say about Patagonia is GRANDE or big. They don't really do anything on a small scale down there. They have big volcanoes, big lakes, big glaciers/icefields and big national parks filled with big mountain ranges.  It is an adventure playground on a giant scale. 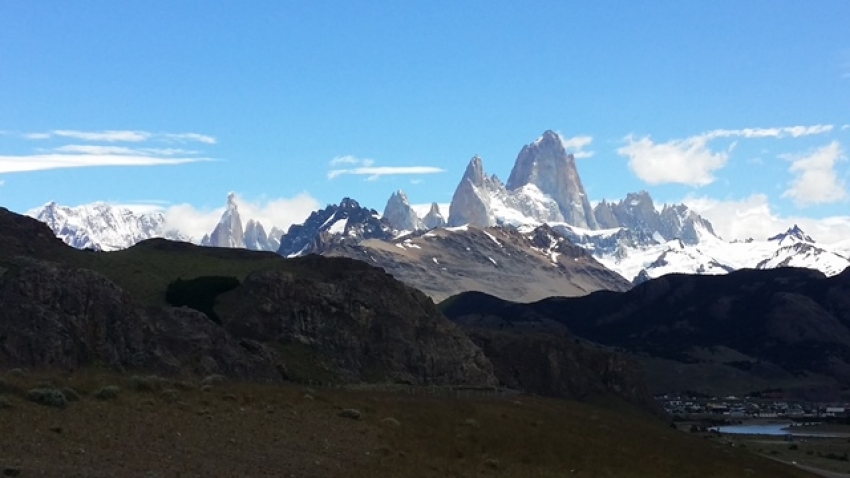 A breathtaking landscape in Patagonia

- Bariloche sits on the shores of the massive 65,000 hectares Lake Nahuel Huapi. Curiously this lake is home to the kelp gull and the blue-eyed cormorant who are strictly marine birds
- Lake Nahuel Huapi is home to Huemul Island.  In the 50s Arg secretly tried to build the world's first nuclear fusion reactor. A false statement of success sparked an international ???? over fusion research.
- A small indigenous Mapuche community near Leleque, Argentina is in a lengthy legal battle with international clothing corporation Bennetton over land rights.
- In 1895 the well-preserved remains of a Milodon were found in a cave near Puerto Natales in Chile. This animal was twice the height of a human with the body of a grizzly bear, the tail of a kangaroo and the hands and face of a sloth.
- The Hanging Glacier of Queulat National Park in Chile is also home to a four-eyed toad.melin 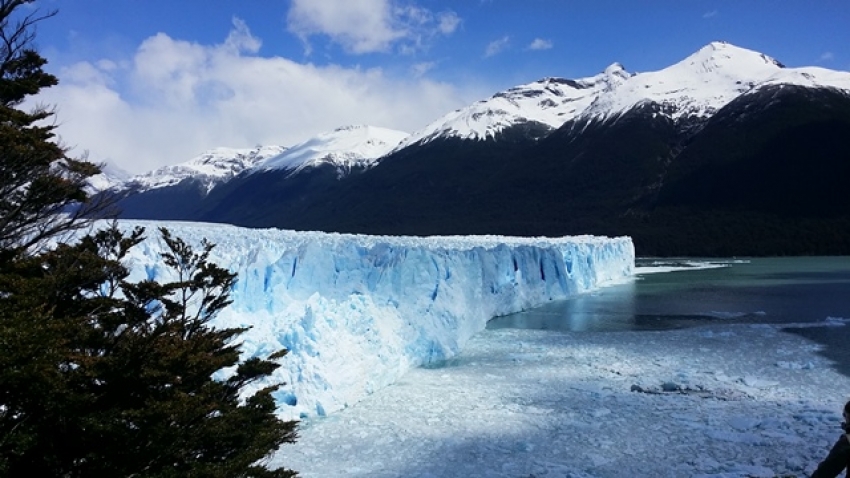 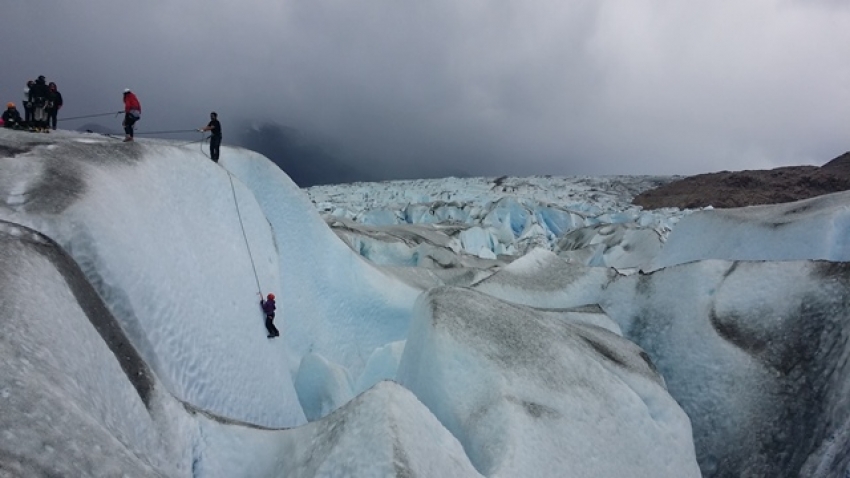 Climbing a glacier is an adventurous experience

Check out our Patagonia tours

Learn more about Patagonia on our blog